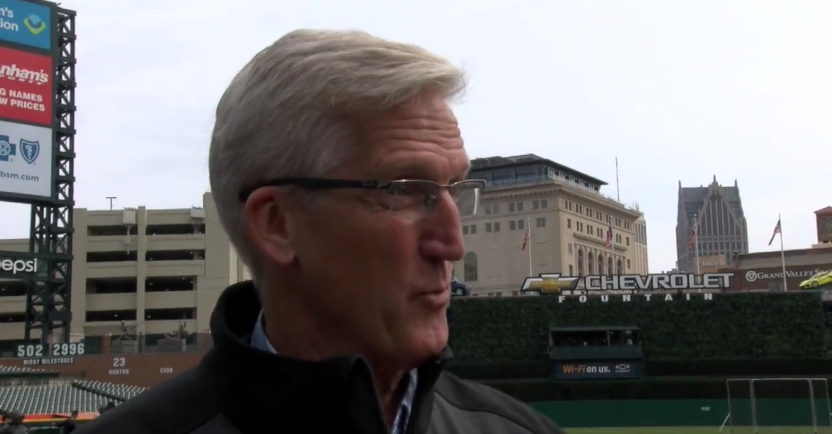 With Detroit Tigers’ designated hitter Miguel Cabrera entering Thursday’s home game against the New York Yankees with 2,999 career MLB hits, there was a lot of pre-game discussion about Cabrera getting number 3,000 and joining several very small clubs. But Cabrera flied out in the first inning, then struck out swinging in the fourth and sixth. However, he got another chance in the bottom of the eighth, coming up with runners on second and third, two out, and his team up 1-0. But Yankees’ manager Aaron Boone instructed pitcher Lucas Luetge to intentionally walk Cabrera to load the bases, and that led to boos in the stadium, and to a lot of criticism from Tigers’ radio announcer Dan Dickerson (calling the game alongside analyst Jim Price):

As called on Tigers radio: pic.twitter.com/O6zrusWfQ7

Price says “They are not! No! They are! Oh, man,” and Dickerson says “Ron Gardenhire said Tom Kelly told him early in his career ‘Stay away from the intentional walk, especially of the big guys.’ Because it usually backfires, but also, Jim, because the people are coming to see that guy hit. Which I thought was interesting.”

On one level, Dickerson’s frustration is somewhat understandable. The Tigers entered this game 4-7, and they’re not projected by many to contend this season. The historic moment of Cabrera reaching 3,000 hits is likely to be one of the most memorable things from the 2022 Tigers’ season, and Dickerson previously talked about how he was preparing for it:

He put into context how big the moment is — and how he's preparing to call it. @Dan_Dickerson

And the fans in the stadium certainly didn’t like this move by Boone either:

And that’s probably true for most of the fans listening to the Tigers’ radio network broadcast here as well. So Dickerson is preaching to a receptive audience. But, at the same time, there’s some rationale for this move from Boone’s perspective.

From the Yankees’ side, this isn’t so much about getting past Cabrera (hitting .333/.390/.389 this season) to face Austin Meadows (hitting .313/.436/.375 this season, pretty similar), but from loading the bases so there’s a force out anywhere. With two outs, that presents more options to get out of the inning without allowing a run, And that’s maybe especially important in a one-run game. (Of course, the downside to this strategy is you’re putting another runner on. That didn’t matter in this case, but Meadows still hit a two-run double, and the Tigers would go on to win 3-0.)

The thing with this situation is that the incentives are not aligned. The Tigers’ fans (and broadcasters) want to see history made, but the Yankees want to keep their chances of winning the game as high as possible. Delivering the intentional walk to Cabrera certainly isn’t a guarantee of that (and it didn’t work out in this case, with Meadows coming through with that double), but there’s a strategic argument for making this move to set up the force out, and this wouldn’t have received much comment at all if Cabrera wasn’t approaching a statistical milestone.

But there’s no incentive for Boone or the Yankees to give any thought to that milestone. (And to his credit, Price brings that up on the broadcast). So while the complaints from Dickerson here are understandable given his perspective and audience, Boone’s move is also understandable; he’s not specifically out to block Cabrera’s bid for history (and if he had been, there might be a more interesting discussion here), he’s trying to win a ballgame. And it’s interesting that Cabrera himself wasn’t mad about this afterwards:

Miguel Cabrera said he's not mad he got intentionally walked.

"No, my on-base percentage went up."

So Cabrera is at least taking it well. And he’ll have another chance to get hit number 3,000 at home Friday when the Tigers host the Colorado Rockies.