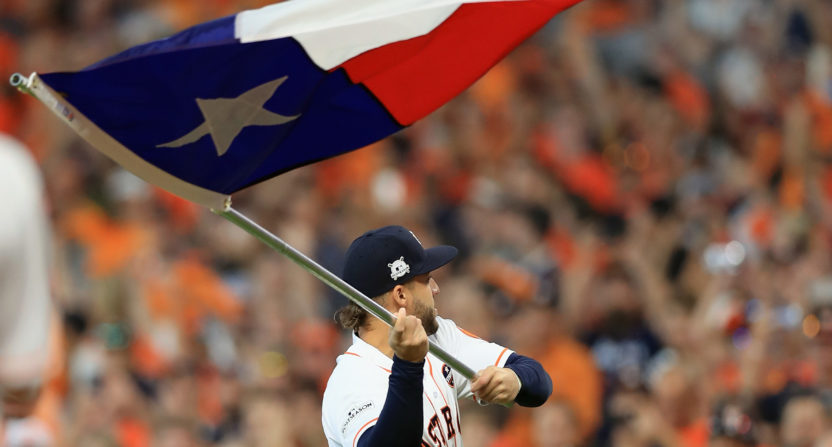 During the playing of the national anthem before Game 1 of the American League Division Series on Thursday, the Houston Astros displayed two large flags on the outfield grass: the American flag and the Texas state flag. As the game approached, Astros outfielder George Springer waved a smaller Texan flag to excite the Houston crowd.

The scene went a bit over the head of the Boston Herald, in town to cover the visiting Red Sox, which interpreted the whole thing to be a show of solidarity for hurricane victims in Puerto Rico.

Once this mistake was pointed out, the Herald deleted the section about flags and issued the following correction:

Editor’s note: A previous version of the notebook innacurately stated that pregame ceremonies included the unfurling of a large Puerto Rican flag. The flag was in fact the Texas state flag. We regret the error.

Here’s the pregame spectacle that tripped up the newspaper:

And here is what the Puerto Rican flag looks like, if you are not familiar: 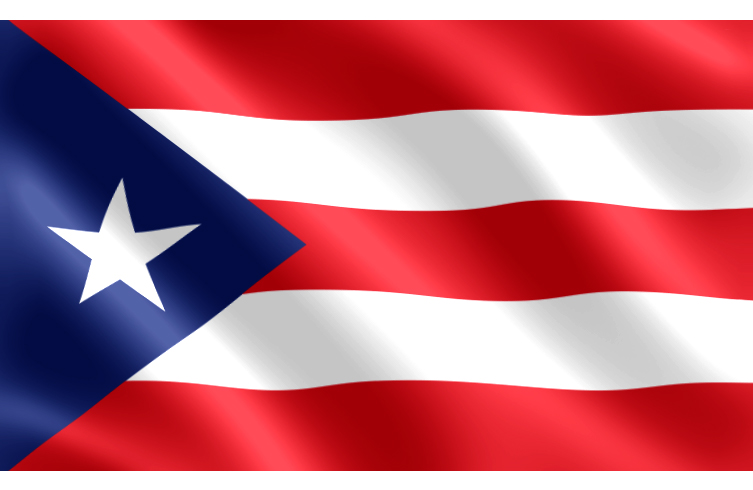 The Herald was probably right about the post-hurricane solidarity vibes going around, they just had the wrong hurricane. Houston was devastated by Hurricane Harvey weeks before Hurricane Maria hit Puerto Rico, and surely some of the Texas pride in the building was related to the storm.

We’re not going to be too hard on the Herald over this. It was obviously an innocent mistake, and the flags are kinda-sorta similar; similar enough that if you haven’t spent much time in either Texas or Puerto Rico you could potentially mix them up. Still, you’d think someone would have caught the mistake before it was published, whether the writer, the guy sitting next to him, an editor… someone.

And although a pregame display of unity with Puerto Rico would have been nice (especially given that Springer has a Puerto Rican mother, while shortstop Carlos Correa, DH Carlos Beltran and bench coach Alex Cora come from the island), it was a bit odd to assume the flag everyone was cheering for was anything but Texan.

The ALDS continues in Houston on Friday, and we have a feeling all Herald staffers on site will be able to tell the difference between the Texan and Puerto Rican flag by the time they leave.