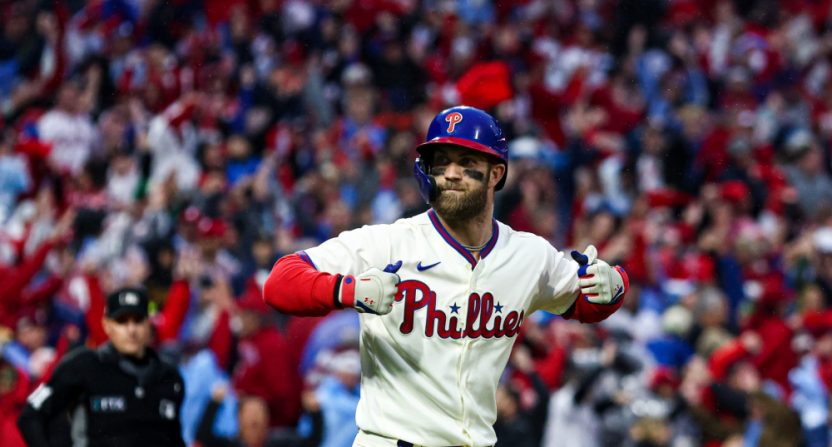 Not only did MLB not get a Game 7 in the LCS round of the Postseason, but the league also didn’t even get a Game 6. The Phillies won the NLCS over the Padres in five games and the Astros swept the Yankees in four, leading to disappointing overall viewership for the two series.

Both series were up compared to 2020, but that was academic in the case of the ALCS: the 2020 edition was the least-watched LCS ever, despite it going to seven games.

The most watched game of the round was Game 2 of the ALCS on TBS Thursday night, averaging 5.891 million viewers while going up against Thursday Night Football on Amazon. The least-watched game was, perhaps surprisingly, the Phillies’ Game 5 NLCS clincher, which drew 3.613 million on FS1 Sunday afternoon going up against the NFL on network TV.

But overall, the strong viewership trends for the Wild Card round and Division Series did not hold. The World Series between the Phillies and Astros, which begins Friday, won’t go up against the NFL on Sunday, but Game 3 will go head to head with Monday Night Football. MLB will naturally be hoping for a long series to end the season on a viewership high note.