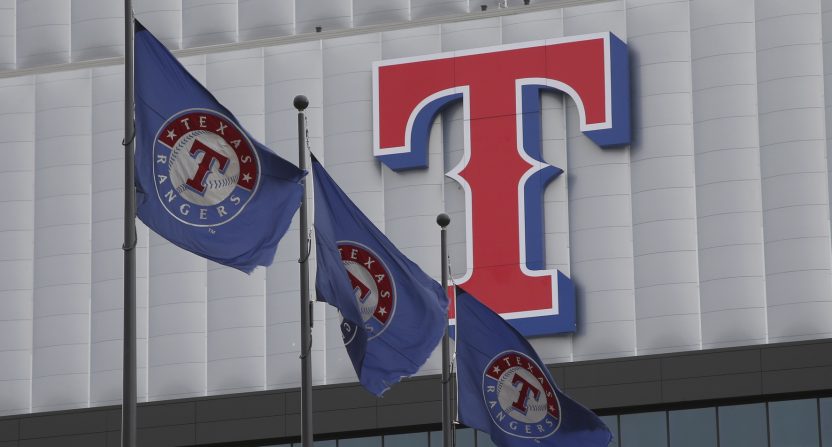 Jeff Wilson of the Fort Worth Star Telegram reports that radio broadcaster Matt Hicks tested positive for COVID-19, taking him out of the booth for the foreseeable future. Following the positive test, radio broadcaster Eric Nadel has opted out of calling games this weekend from the team’s booth at Globe Life Field.

#Rangers radio man Matt Hicks is one of two Tier 3 employees to test positive for COVID-19 after the opening homestand. Broadcasters and other media have no contact with on-field personnel. Eric Nadel has opted out of broadcasting games this weekend from Globe Life Field.

The Rangers are on the road for the first time this weekend, visiting the San Francisco Giants at Oracle Park. All visiting team broadcasters are calling games from either their home booths or studios.

MLB.com’s TR Sullivan reports that pre and post game host Jared Sandler will be on the call this weekend, joined by David Murphy on Friday and Mark McLemore on Saturday and Sunday.

Jared Sandler will do the Rangers radio play-by-play this weekend. David Muphy will be the No. 2 guy tonight and Mark McLemore will do Saturday and Sunday. The Rangers had positive tests in their radio broadcasts this past week and Eric Nadel, who tested negative, is not working.

Hicks joined the Rangers radio booth in 2012 on an interim basis, and his hiring was made permanent following the season. Nadel has been a fixture on Rangers broadcasts since 1979, and was the 2014 winner of the Ford C. Frick Award.

It’s somewhat jarring that even without travel, we’re seeing potential breakouts in broadcast booths. If you thought some of the social distancing measures were over the top, this is why they were implemented.