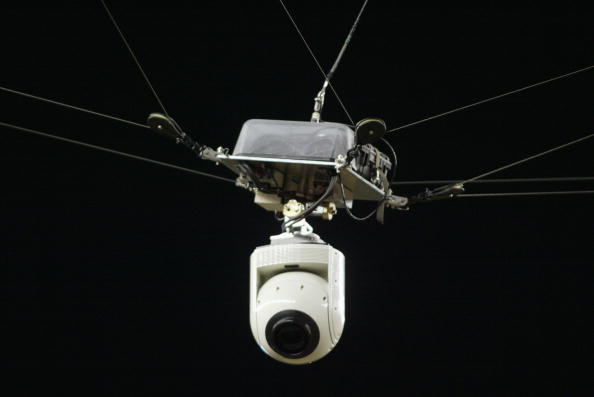 The SkyCam has been around in major sports broadcasting for decades, first used during an NFL preseason game in 1984 and notably getting a big boost in the XFL. But it didn’t really take off as a commonly used tool until ESPN started using it for Sunday Night Football telecasts in the early 2000s. After that, use became fairly widespread on ESPN and ABC for both college and pro football events. And now, it’s coming to baseball, at least for the All-Star Game.

It makes sense that football would be able to integrate the technology easily. The shape of the field and stadium make it simple enough to run and it’s high enough that it shouldn’t interfere with gameplay. (Except for the rare times where it does.) Same goes for NBA, NCAA basketball, and NHL, which has seen some use of SkyCam technology from CBS, NBC, and Fox. It’s even become a primary camera angle in some Thursday Night Football games on NBC.

Baseball, however, is a trickier setup to make the SkyCam work. The field of play doesn’t lend itself to easy crisscrossing of wires. It’s a lot of ground to cover, especially if you’re trying to make sure the camera and wires don’t interfere with any pop-ups or home runs. Still, Fox Sports is going to give it a go when they broadcast the 89th MLB All-Star Game on Tuesday.

This will be the first time Fox Sports is using the technology and, according to Forbes, they wanted to use it at this game because Nationals Park’s design makes it easier for the camera technology to work than many other stadiums.

The plan is to use a “WildCat” system on-site that runs back and forth across left and center field. The camera will be following the action from outside the field of play and will mostly run over the bullpens. They chose this method to avoid interfering with any plays during the game, though it sounds like they’ll need to act fast if someone hits a dinger in their direction.

Fox Sports is sparing no expense for the All-Star Game. Along with the SkyCam they’ll also have an additional aerial camera in the stadium, 35 HD cameras, eight super slo-mo cameras, and two extra-slo-mo cameras that can run at 2,000 frames per second. They’ll also have over 70 microphones embedded in the field in order to capture sound during the game.