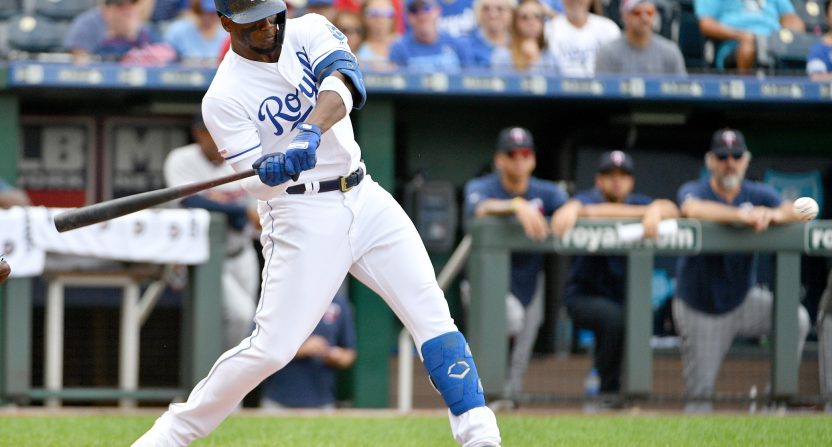 According to Jeffrey Flanagan of MLB.com, the Royals and FSKC have agreed to a new carriage deal that will roughly double the Royals’ average rights payment to somewhere between $48 and $52 million a year.

The new deal could be in the 10-to-15-year range, per a source, and it was earlier believed to be worth somewhere near a $48-52 million average per year, though that figure is not yet confirmed.

The Royals’ 11-year deal with FSKC expired after the 2019 season. That deal was backloaded and brought the Royals about $25 million last season, though its annual average was closer to $20 million.

Royals ratings on FSKC surged during their 2015 World Series run, topping out with a 12.33 average rating that season, MLB’s highest local mark since 2002. Viewership dropped to a still impressive league-best 11.70 rating in 2016 on the heels of a .500 season, before freefalling in 2017.

This seems like a logical renewal for both sides, given that Kansas City doesn’t have either an NBA or NHL team and that the Royals and Sporting Kansas City make up the bulk of its local content (along with simulcasts of St Louis Blues and Oklahoma City Thunder games). If the Royals really wanted to go elsewhere, finding a partner may have been difficult. And if the team did end up leaving for greener pastures, FSKC would have been turned into a dumping ground for other Sinclair-owned Fox RSNs (can we get a rebrand, please?) during the summer, much like it is in the winter.

Overall, this isn’t a huge game changer for the Royals – after all, they still play in MLB’s third-smallest market (ahead of just Milwaukee and Cincinnati) and lost 103 games last year, but there’s nothing wrong with a new TV deal with a trusted partner and some extra cash in the organization’s wallet.