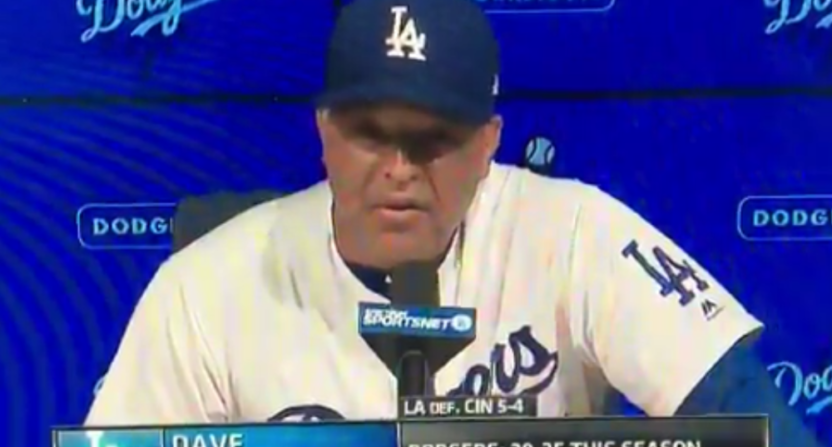 One of the all-time dumbest questions asked to a baseball manager came to Los Angeles Dodgers’ manager Dave Roberts Saturday night after they beat the Cincinnati Reds at home, coming up with a 5-4 walkoff win. In Roberts’ post-game press conference, someone started a question with “I think all four of your walkoffs have been at home…”:

Reporter to Dave Roberts: "I think all four of your walk-offs have been at home…." pic.twitter.com/vlIIT2biaH

Roberts promptly, and funnily, shut this down with “It’s hard to walk them off on the road.” It is! By definition, a walkoff can only come in the bottom of the inning, so at home. But somehow, the reporter seemed to keep going with it. This didn’t endear him to Twitter:

Even a four year old knows this kind of shit. https://t.co/ljUki52mI8

You can observe a lot just by watching!

Yeah, whoever that was might want to think a little more before asking their next question.