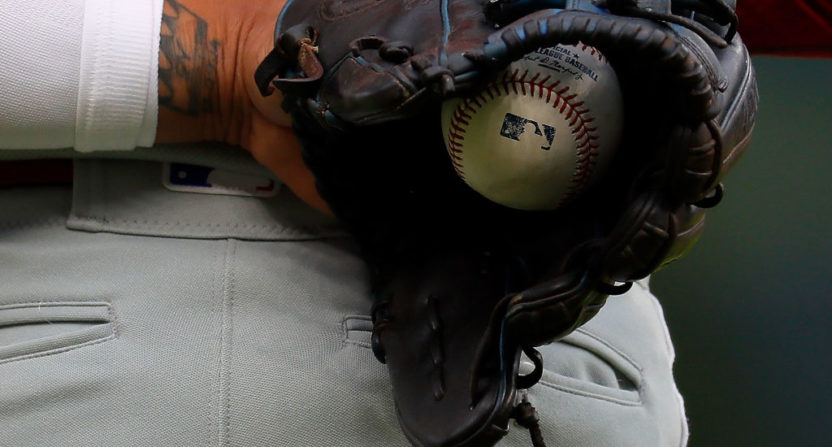 We’re performing this exercise once again, like we did in both 2014 and 2016. Why are we doing it again? Well, the retirements of Bill Brown, Dick Enberg, and Vin Scully could cause some upheaval in our rankings (not to mention the yearly addition and subtraction of analysts on certain teams’ broadcasts), and given how well the latter two performed in our previous rankings, the top of this year’s list could look a lot different.

There are few things that baseball fans agree on. And throughout this series of rating the local TV announcers, we’re probably going to have quite a bit of divergent opinions. Homerism will likely also be in full swing, but we implore you to try to keep your own personal biases out of the equation.

Over the next week, we’re going to ask you, the Awful Announcing readers, for your thoughts about each local MLB television broadcast team. All you need to do is choose a letter grade for each broadcasting team, and if you feel strongly in either direction about a team, let us know what you really think in the comments section and on Twitter and Facebook.

There isn’t a grading criteria here aside from “enjoyability” – if you like a crew for whatever reason, give them a good grade. If you don’t like a team for whatever reason, give them a bad grade. If you like the analyst but don’t like the play by play broadcaster (or vice versa), weigh your grade properly. You’re grading the broadcast team as a whole, not each announcer separately.

When all 30 teams have been rated, we’ll tally the scores, rank each team from the worst to the best, and include your comments.

A quick note – there will be two entries for the White Sox broadcast team (home and road), while the Dodgers broadcast team will go down to one entry following the retirement of Scully.

National teams won’t be included, so you won’t get to spew your hatred for Joe Buck, Bob Costas, and so on. If you have a preconceived notion about a team but haven’t listed to them in awhile, watch a game to refresh your mind. We’ll also be considering the broadcast teams as a whole, so if you like the color commentator but not the play-by-play man, adjust your ratings accordingly. Also, the voting will take place division by division so hopefully we can gain the perspective of each broadcast team’s fanbase and their rivals as well.

If any other concerns arise, we’ll take care of them as they happens. Soon it will be time for you to sound off about who you love, and who you hate.

And in case you’re curious, here’s the schedule. Polls will be open for 48 hours.