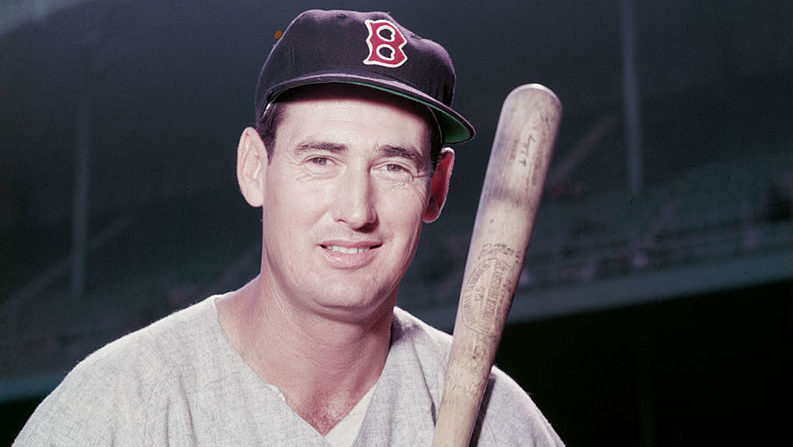 Thanks to PBS, Major League Baseball, and David Ortiz, one of the greatest baseball players ever is getting the documentary treatment.

“A major American cultural figure whose story has never been properly told, Ted Williams is a fitting first,”American Masters series executive producer Michael Kantor said in a press release. “This film will reveal the man behind the legendary .406 batting average: complex, misunderstood and profoundly human.”

As you would expect, it sounds like this documentary will be about much more than Williams’ status as at least the second-best hitter of all-time and his well-covered military history. The press release promises the documentary will cover “how he was driven by shame over his Mexican-American background, humiliation over his father’s weakness, and a deep rage over his mother’s virtual abandonment of him and his younger brother,” while also delving into his “complicated relationships with his family, teammates, press, fans and himself.”

Williams has long been a topic of interest for journalists, long after he quit playing in 1960. He was the subject of one of the greatest magazine profiles of all time—Richard Ben Cramer’s 1986 piece,  “What Do You Think of Ted Williams Now?”—and several well-received books. [UPDATE: We should have mentioned HBO also did a documentary on Williams in 2009] He was an incredible player, a hero in two different wars and a somewhat enigmatic character, famously brilliant but also notoriously prickly, which perhaps adds intrigue to his legacy.

Williams, who died in 2002, will be the first baseball player to be featured as part of the American Masters series. However, PBS does have a long history with baseball documentaries, including Ken Burns’ “Baseball” series and the director’s Jackie Robinson film last summer.