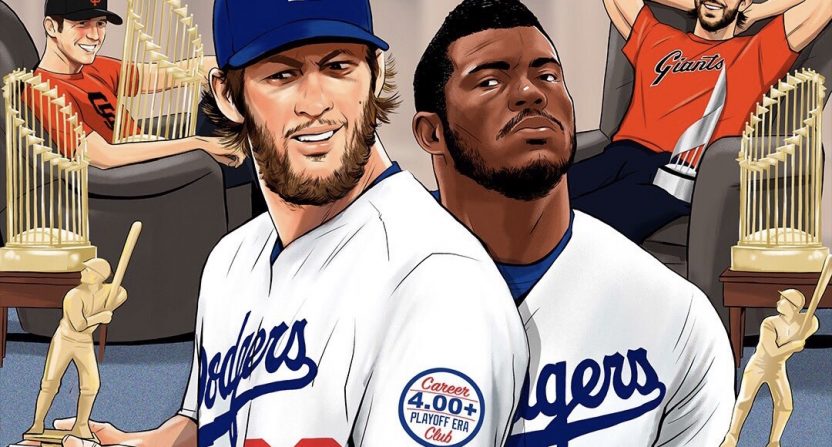 Snark on social media is part of the experience, and it doesn’t matter whether you’re on Twitter, Facebook or Snapchat. Following the Los Angeles loss last night to the Red Sox, there were plenty of people ready and waiting to take their shots at the Dodgers. But it wasn’t just opposing fans.

The Texas Rangers actually went with a tactic that was a slight poke but fairly self-deprecating overall:

As you’d expect, plenty of people failed to read the nuance, which is even more of a social media hallmark than snark itself.

just go with it bro

The NBC Sports Bay Area’s Giants account really twisted the knife on the Dodgers with this tweet, though:

Congrats to the Dodgers on another World Series appearance! pic.twitter.com/JHaxRPxOjt

It’s funny, the Dodgers have won more games than the Giants every season since 2012, and while the Giants do obviously have that 2014 World Series during that stretch, the Dodgers have pretty clearly been the better franchise overall. Plus the Giants just won 73 games this year, which was somehow a nine-game improvement over 2017. And even then, someone at the Bay Area network was cranking up the trophy graphic.

It might rub some people the wrong way, but it’s a bit refreshing to see rivalries that are treated as such. And it’s much more interesting to talk about than a few “Congratulations to the Dodgers” tweets would have been.