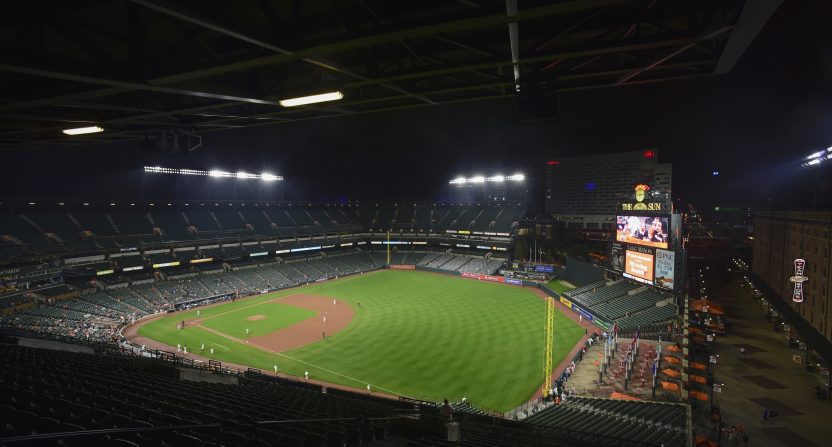 Remember those dark days when you couldn’t stream your local MLB team through Fox Sports Go or the NBC Sports app? A deal with Fox didn’t get done until after the 2015 season (starting in 2016), and NBC’s RSNs fell in line for 2017. Eventually, local streaming deals were lined up for all but three of the league’s teams (Dodgers, Nationals, Orioles), and everything was great.

To the shock of everyone, according to the Sports Business Journal, MLB wants more money from the RSNs for the streaming rights, and they want the in-market streaming deals to run as long as the linear TV deals that each RSN has with its MLB teams. Understandably, the RSNs aren’t taking this lying down, claiming that the in-market streaming rights are built in to every other package of media rights they purchase and shouldn’t need to bought separately, and that the length of these contracts shouldn’t be as long as the linear TV deals because of how much the media landscape changes (and, of course, because it’s tough to make money off of the streaming deals).

There are plenty of balls in the air here that will also effect negotiations. The pending sale of the Fox RSNs is obviously one, but the launch of NBC’s new MyTeams app, which was essentially created as an easier way to follow teams that NBC owns the rights for, is another. Not having streaming rights for the handful of MLB teams that air on NBC Sports RSNs would be disastrous for the future of the app, even if the Cubs are still threatening to leave NBC Sports Chicago for their own RSN. Fox’s negotiations to extend their linear TV deal for the World Series and other marquee MLB events will also likely play a role in what happens with the in-market streaming rights.

I think my biggest takeaway from the SBJ piece was this – apparently, both sides see the value in these rights. This could lead to a pure over the top option that does not require an authenticated login, which would seemingly alleviate the concerns for the RSNs about not being able to make money, and for the league about not being able to receive proper value.

As the pay-TV industry continues to lose subscribers and media companies launch over-the-top services, streaming rights become more valuable. The original MLB in-market streaming deals were solely on an authenticated basis and required a traditional cable or satellite subscription for access. A key question going forward is whether a standalone offering might ultimately emerge.

It would be a short-sighted bit of absolute madness for MLB and the RSNs to not get a deal done. Imagine being a fan and having a reliable streaming option for your team over the past couple of seasons…and then going into 2019 without any option at all. It would be infuriating, and would do far more damage to MLB and its RSNs than they might realize. But then again, this is Major League Baseball we’re talking about – taking one step forward and two steps back is a tradition steeped in the history of the game. Giving fans a taste of in-market streaming and then taking it away (while the NHL and NBA do no such thing) would be patently absurd, and yet, we’re still talking about it.

All in all, I still think a deal gets done before the season starts. After all, it’s the best thing for everyone involved. But the sale of the Fox RSNs can throw a massive wrench into things – if the sale drags on close to the start of the MLB season, or if a buyer with zero experience in the sports world (venture capital firms…hello), I wouldn’t be at all surprised if a new agreement wasn’t in place by the start of the season. That would suck, and would be completely ridiculous, but would be par for the course, given who we’re talking about here.