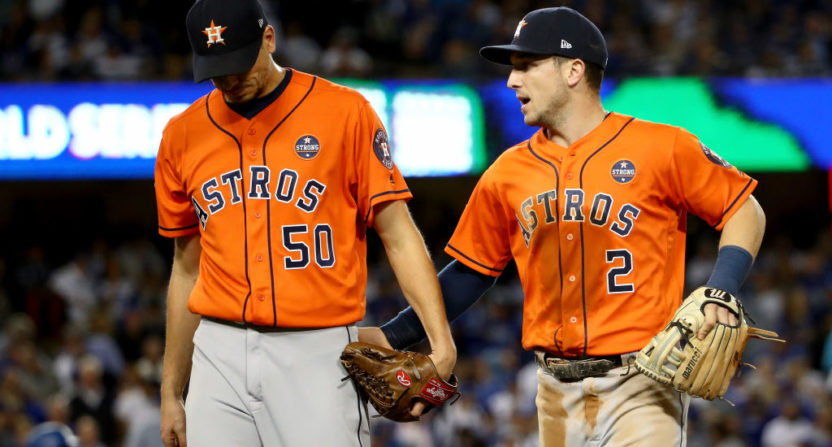 Coming off a successful postseason, Major League Baseball got some more good news. According to a new report, MLB saw a record in corporate sponsorship spending of $892 million, a jump of almost 8%.

It comes after the 2016 World Series, which was the most-watched Fall Classic in 12 years, while this year’s World Series between the Houston Astros and Los Angeles Dodgers was the third most-watched since 2005.

MLB feels that it’s beginning to turn a corner after NBA corporate spending got closer to baseball. Last season, NBA sponsors spent $861 million, up 7.8% from the year before. NHL sponsors paid $505 million, which is up 5.9% from the previous season, and MLS sponsors are expected to spend $347 million for this season, a rise of just over 4%.

But the NFL is making sponsors nervous because of how polarizing a brand it’s become this year. One NFL TV partner, NBCUniversal, has noted that some advertisers are threatening to pull their commercials. Ratings are down from last year, following a first-half slump last season that the league has really yet to recover from.

Last week, Papa John’s pizza said it had pulled some spots from the NFL, citing the controversy over the league’s anthem protests.

The increase in MLB spending and the NFL fallout are not necessarily correlated, but should the issues with pro football continue, MLB officials are not going to complain and will gladly pick up the increased sponsor spending.

The NFL continues to be on top of the sports sponsorship ladder with $1.25 billion in spending last season, but with sponsors nervous and talking about pulling out, that sponsorship number might be lower this season.