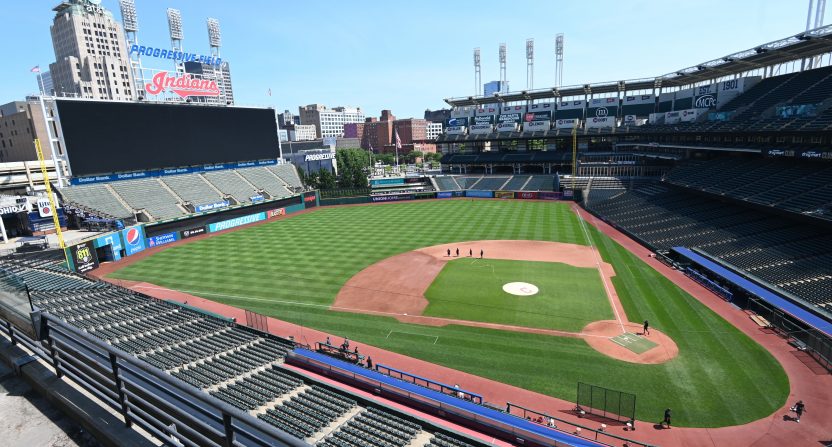 MLB Network announced on Wednesday that this Sunday’s MLB Network Showcase broadcast between the Yankees and Indians will be in a different format than what fans are typically used to.

The broadcast will be subtitled as “Clubhouse Edition,” and its goal will be to “share the organic conversations that take place among a group of former players as if they are watching a game from home.”

Stephen Nelson will host the broadcast, and will be joined by former MLB players Carlos Pena, John Smoltz, and CC Sabathia, in what MLB Network noted is his first involvement in a national MLB broadcast since his retirement.

Quotes from Sabathia and MLB Network President Rob McGlarry seem to indicate that Sabathia was the driving force behind this alternative broadcast.

“Whenever I watch games with my friends and former teammates, I always say that it would be cool if the cameras were rolling and people could listen to our different conversations,” said Sabathia. “I’m excited to test this vision out for fans on MLB Network, especially with the game involving two organizations I’m incredibly familiar with.”

“When CC and his team brought this idea to us, we were thrilled by the opportunity to work with him as his Hall of Fame resume and knowledge of the game speak for itself,” said MLB Network President Rob McGlarry. “Letting viewers in to listen to the natural conversations among our former players has been a hallmark of our studio shows, and we’re excited to try this concept in a game telecast.”

While this won’t be everyone’s cup of tea, it’s one non-exclusive game in April (and, as is standard with non-exclusive broadcasts, will not be available in the local markets of Cleveland and New York). The MLB season is a grind, and I’m all about any way to make game broadcasts stand out from one another. Maybe it doesn’t work and we never speak of it again, and maybe it does work and we see it more often. Networks won’t know until they try, and the pandemic and remote production is giving those networks the opportunity to think a bit outside of the box with their broadcasts.