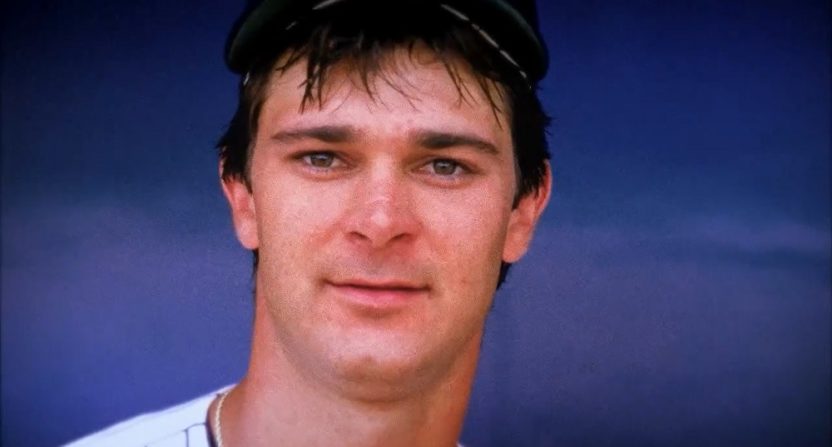 In the leadup to Opening Day, MLB Network is rolling out the latest edition of its MLB Network Presents docuseries. The subject of this edition is Don Mattingly, with much of the focus on his career with the Yankees.

The program details Mattingly’s transformation from what Buck Showalter described was a “gangly, kind of long necked [player] that kept the bat in the zone a long time,” to a baseball superstar who captured a batting title and an AL MVP award by his fourth season. Mattingly’s relationship with the late George M. Steinbrenner III is explored, from Steinbrenner threatening to trade him in the spring of 1989 to naming him team captain in 1991. Despite the back flareups which constantly plagued the later stages of his career, the program highlights how Mattingly was an influential force behind the Yankees’ revitalization that reached full throttle by 1994 and into 1995. After stating in the film that he would have retired in 1994 if there was no strike, Mattingly plays on to experience one of the Yankees’ most dramatic Postseason moments – hitting a go-ahead home run in Game 2 of the 1995 ALDS at a rocking Yankee Stadium in his first-ever Postseason game, 14 years in the making. With his family as his number one priority, Mattingly gets emotional about the decision to retire following the 1995 season, recalling how his parents were always there for him growing up. Looking back on his career, Mattingly’s says in the film that he only really cared about earning the respect of his peers saying, “I wanted George Brett to think I was a good player.” Brett responds by saying, “If I’m going to be in a foxhole, who do I want with me? Playing against Don Mattingly, he was the guy. In my mind, he’s a Hall of Famer.”

The bulk of the film deals with Mattingly’s career with the Yankees, with much of that focusing on his elite peak from 1984-89. This narrative can be described was “Mattingly was great, but the Yankees couldn’t get over the hump,” with the team finishing out of the playoff picture for a decade. As Mattingly’s career begins to wind down, the Yankees and their young core begin to put it all together, culminating with the strike season in 1994 (with the Yankees leading the AL East by 6.5 games when the season ended) and the first completed Wild Card season in 1995 (which the Yankees won, eventually blowing a 2-0 lead and losing the ALDS to the Mariners). That ended up being the end of the line for Mattingly, who took the 1996 season off and officially retired at the start of 1997.

As you’d expect in an episode of MLB Network Presents, the archival footage is plentiful, as are interviews with the subject (Mattingly, in this case), people connected to them (among others, Wade Boggs, George Brett, Ron Guidry, Hal Steinbrenner, and Bernie Williams), and those that covered them (Michael Kay, Joel Sherman, Suzyn Waldman). It’s a familiar formula, but it works to create a snappy, entertaining narrative.

There are a couple of segments on off the field stuff I appreciated. Mattingly talks about his appearance on the iconic Homer at the Bat episode of The Simpsons, admitting he’d never seen the full episode, and there’s also a brief segment about Mattingly’s Converse Hit Man poster.

Mattingly also reveals an interesting nugget about the year-plus between his final game with the Yankees and his retirement, namely that the Royals and Cardinals were both interested in signing him. Nothing really would have changed for the Royals, given how much of a non-factor they were in the years after the strike, but Mattingly on the Cardinals in 1997 could have changed the baseball world forever. Dmitri Young and John Mabry split first base duties for St. Louis in the first half of 1997, and were right around league average prior to the All-Star Break. If Mattingly was a Cardinal and was above average, would the team have felt the need to trade for Mark McGwire and if not, where would McGwire have ended up and what would have happened with the 1998 home run race between McGwire and Sammy Sosa?

Coming into this film, I was somewhat skeptical about Donnie Baseball and the arc of the feature. Overall, it delivered as a fun way to spend an hour or so diving deep into nostalgia. Yankees fans are clearly the target audience here, and while they’ll devour this content, baseball fans as a whole should give it a watch too if they’re jonesing a hit of the 1980s and 90s.