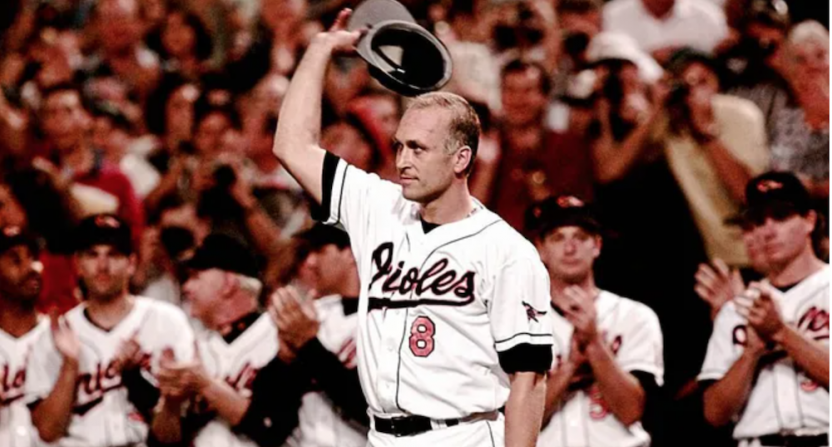 Social media often likes to share milestones and anniversaries that note how much time has passed since a particular event. Sometimes, those memories remind us of how old we’ve become. But often enough, they help us remember of a special time and revive feelings about witnessing those occasions, perhaps recalling where we were in our own lives back then.

If MLB Network’s special, The Streak: 25 Years Later, initially reminds you of how long it’s been since Cal Ripken broke Lou Gehrig’s major-league record of consecutive games played, that feeling might quickly pass as the special takes viewers back to that September evening in 1995 at Camden Yards when an athlete’s love of the game and an unmatched work ethic resulted in baseball history being made.

Hosted by Tom Verducci with Ripken himself, The Streak airs Sunday night (Sept. 6) at 8 p.m. ET. That’s the same date on which the Baltimore Orioles shortstop played consecutive game No. 2,131, the most in MLB history.

The special is part of an all-day celebration on MLB.com, featuring interviews and articles reminiscing about Ripken and the 25th anniversary of him setting his record. Additionally, the documentary Iron: The Legacy of Cal Ripken Jr. will stream on the website beginning at 12:00 p.m. ET.

The Streak isn’t simply a documentary of that Sept. 6, 1995 game between the Orioles and California Angels, the events leading up to it, and the pageantry surrounding that night. This special stands out because Verducci interviews Ripken for a first-hand account of the Hall of Famer’s memories of the evening. It’s not just a question-and-answer exchange either; the two have a conversation, which brings a personal touch to the retrospective.

The conversation also feels relaxed and smooth because both Verducci and Ripken have broadcasting experience. (Ripken worked as a TBS postseason studio and game analyst for 10 years.) There are no long pauses (or they’ve been edited out seamlessly), no statements with nothing substantial said, or loads of cliches. These are two professionals who know how to get to what they want to say and have a sense of what makes a good story.

One more broadcaster is added to the mix for a segment when Bill Ripken joins his brother to talk about growing up together, their father Cal Sr., and playing 663 games together as the keystone combo in the Orioles’ infield. The brothers reminiscing about their dad and how he taught them to play the game, along with playing together in the major leagues, add a further layer of humanity to the entire picture.

While watching, viewers might also realize just how much baseball has changed over the past 25 years. That might be an obvious statement, though it’s not something Verducci and Ripken address. (Nor should they because the show is a celebration of a career, not a “What if?” scenario.)

Ripken’s streak almost certainly wouldn’t occur in today’s game. Advanced metrics and modern training methods might dictate him getting a day off. How could shifts and defensive alignments affect his defense? (Or maybe he would’ve benefited further, considering how important positioning was for him in the field.)

However, in listening to Ripken talk about his approach to the game, it’s apparent that he just wanted to go out and play. Each day was an opportunity to improve. From some players, that might come off as a platitude. But Ripken seems to mean it. What his father instilled in him was absorbed into his system. Maybe that’s true for today’s players too, but in articulating his philosophy, Ripken comes from another era.

One intriguing part of the discussion focuses on how many times The Streak nearly came to an end because of injuries, along with the various aches and pains that come with playing through a baseball season. Had Ripken not established his iron man streak, had the authority that came with his major-league stardom, benefited from breaks in the schedule, or just had the fortune of great genetics, he likely would’ve sat out a game.

Ultimately, however, The Streak is a celebration of Ripken and the signature event of his career. And the MLB Network production team does a fantastic job of displaying a man looking back at his life and achievements.

There’s a very nice moment toward the end of the program when Ripken is shown watching the speech he made to the crowd at Camden Yards and the audience watching at home after Game No. 2,131 was official. He thanked his parents, particularly his mother. Watching the speech and reliving the memories, Ripken was touched, right along with the viewer. No graphics or music necessary, just the man.

Producers captured the occasion perfectly, just as the entire The Streak: 25 Years Later special does.