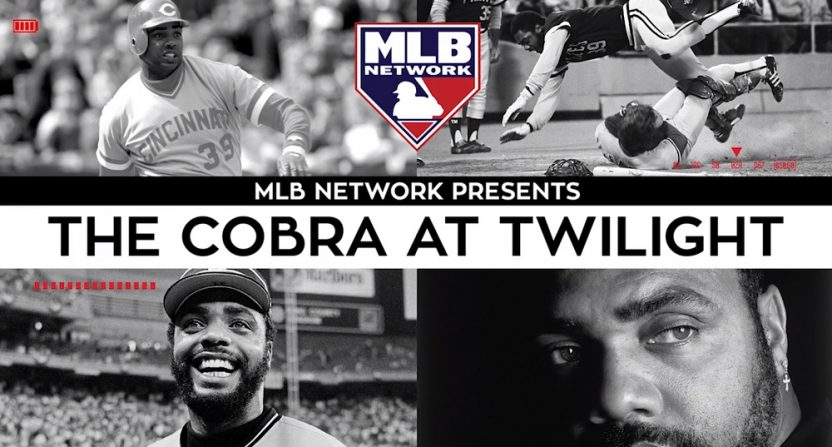 I was not born when Dave Parker was at the height of his fame and abilities on the baseball field. My only memories of Parker are from his two years in Oakland, and those memories largely came from video clips and musty ass Topps cards with concrete-quality bubblegum stuck to the backs. So when I heard Parker was the subject of the latest edition of MLB Network Presents, I was immediately invested. A film featuring a great player from the 1970s and ’80s, when there’s plenty of video footage? Sign me up. However, I didn’t expect to be as sucked in by the Dave Parker story as I was.

Narrated by icon, Rock and Roll Hall of Famer and longtime Dave Parker fan Chuck D, MLB Network Presents: The Cobra at Twilight features new interviews with Parker and his wife Kellye, several of Parker’s former teammates and managers, including Hall of Famers Dennis Eckersley, Tony La Russa and Barry Larkin, plus Eric Davis, Phil Garner, Pete Rose, Gary Sheffield and Kent Tekulve, as well as former Pittsburgh Steelers and Pro Football Hall of Famers Tony Dungy and “Mean” Joe Greene. Each speaks to Parker’s on-field dominance and brash, outsized personality that had teammates calling him “the Muhammad Ali of baseball,” and how Parker’s landmark contract in 1979 that averaged $1 million per season earned him intense scrutiny from both media and fans.

The Cobra at Twilight also looks back on Parker’s involvement in the Pittsburgh drug trials in 1985 and how Parker went on to serve as a mentor and a leader for his younger teammates with the Cincinnati Reds, Oakland A’s and Milwaukee Brewers. “The thing that resonated with me more than anything was that he did not want me to drift into some of the things off the field that he did,” recalls former Cincinnati Reds outfielder Eric Davis. Now 68 years old, Parker and his wife Kellye give an all-access look at their lives today, as the once towering ballplayer manages his Parkinson’s diagnosis, including daily exercise, medical treatment and regular doctor visits.

The Cobra at Twilight covers Parker’s whole career, from the unfortunate high school injuries that robbed him of a promising football career, to his final season with the Angels, and everything in between. Naturally, the majority of the film covers his years in Pittsburgh, where he began his career, became a superstar, clashed with the fans, earned baseball’s largest contract, and won a World Championship. Parker’s run-ins with racism and vandalism in the Steel City are both covered (apologies for anyone misguided enough to hope this film would solely stick to sports), as how his brash, exuberant personality potentially helped inflame those tensions. In one particular segment, Parker is compared to both Muhammad Ali (for his confidence and, for lack of a better phrase, poetry skills) and Roberto Clemente (for his abilities on the field and the fact that he become the Pirates’ long-term solution in right field following Clemente’s untimely death).

As The Cobra at Twilight transitions into Parker’s years with his hometown Reds, it takes on a different tone, examining how he became a mentor of sorts to Barry Larkin and Eric Davis (sidenote: how about a doc on *him* and the unbelievable career he had?) and his involvement with the Pittsburgh Drug Trials of 1985 (which some interviewed in the doc felt resulted in Parker being snubbed for the 1985 NL MVP). Though Parker himself doesn’t say much of anything about the drug trials, I’m glad it wasn’t just glossed over in the film, which I’ve come to expect in many sports documentaries (though, thankfully, not in many editions of MLB Network Presents). Parker’s mentoring is also examined during his one year in Milwaukee, taking a youngster named Gary Sheffield under his wing. 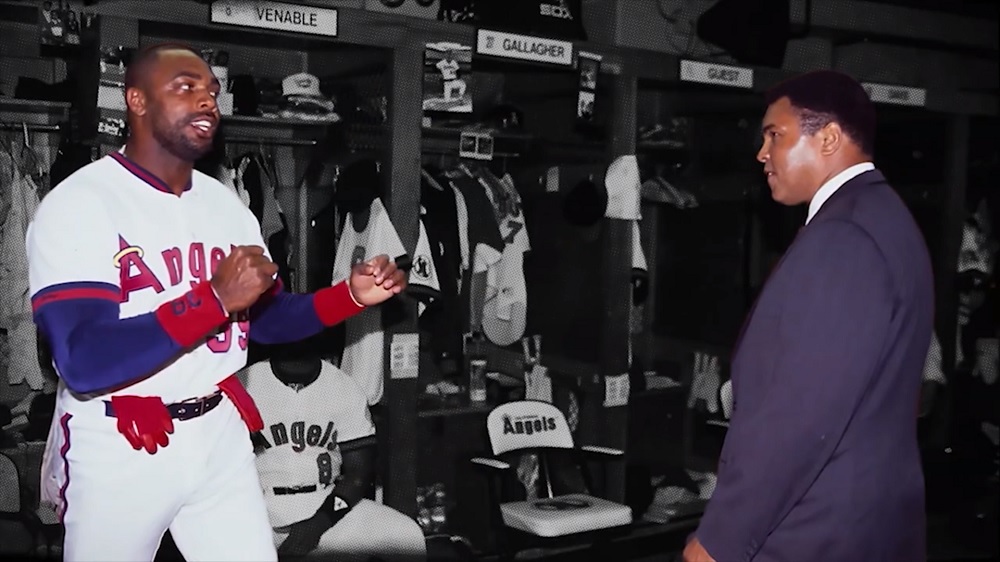 Unfortunately, the film ends on a down note with Parker’s final season in Anaheim with the Angels, his diagnosis of Parkinson’s Disease, and his failure to gain traction in Hall of Fame voting. After failing to crack 25% in his 15 years on the writers’ ballots, Parker fell short in the Hall of Fame’s Modern Era ballot this year. In the results announced this past Sunday, Parker received seven votes out of a possible 16, with 12 needed for election. Had he been elected, it would have been the perfect ending. Alas, we have to contend with him falling short once again and seeing his wife help him cope with Parkinson’s. On the bright side, we also see a happy and upbeat Parker reuniting with his former Pirates teammates this summer at the 40th anniversary event held for the 1979 World Championship team.

The Cobra at Twilight is another worthy addition to the MLB Network Presents lineup. Parker is a key figure in baseball history, and one who has fallen under the radar due to some lean years, some controversy, and the overwhelming performances by stars in large markets throughout the late ’70s and early to mid ’80s. Parker is a textbook example of the type of player that should be featured in documentary series like MLB Network Presents, and I hope to see more players like him in future editions.

The Cobra at Twilight premieres at 8 PM ET on Thursday, December 12th on MLB Network.