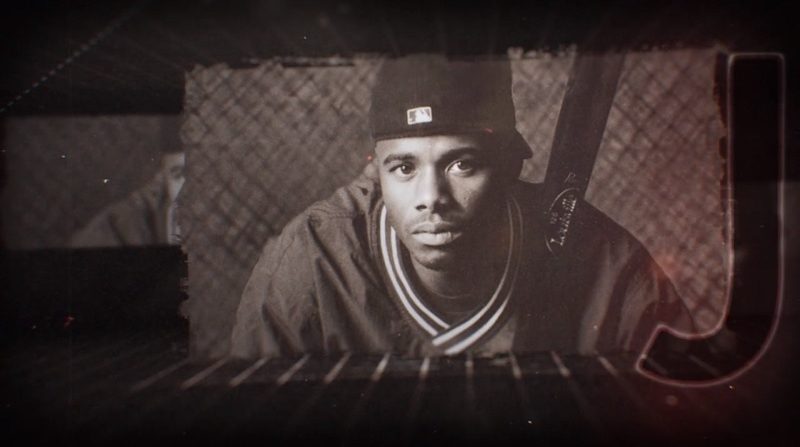 Despite the lack of live baseball and the continuing negotiations (if you want to call them negotiations) between MLB ownership and the MLBPA regarding a return to play, MLB Network is rolling out new original content. This Sunday, Father’s Day, a new edition of MLB Network Presents will premiere, focusing on one of the most famous sons of a baseball player in MLB history – Ken Griffey Jr.

Junior, an MLB Network Presents documentary on one of Major League Baseball’s most iconic players, Ken Griffey Jr., will debut on Father’s Day, Sunday, June 21 at 8:00 p.m. EDT/5:00 p.m. PDT on MLB Network. In exclusive new interviews, stars and legends across the sports and entertainment landscape – including Hall of Famer Edgar Martinez, Hall of Famer Reggie Jackson, LeBron James, Bo Jackson, Gary Payton and Macklemore – discuss Griffey Jr.’s generational talent, which transcended baseball and made him one of sports’ most famous athletes. Narrated by Emmy and Golden Globe award-winning actor Sterling K. Brown, the 90-minute documentary chronicles Griffey Jr.’s journey from growing up in clubhouses alongside his father Ken Griffey, Sr., to becoming the face of baseball throughout the 1990s. From his picturesque swing to his unforgettable swagger, Griffey Jr. opens up about his life’s seminal moments, which propelled him to 630 home runs and a first-ballot induction into the National Baseball Hall of Fame in 2016.

This is the second edition of MLB Network Presents to prominently feature Griffey, following last summer’s The 1995 Mariners: Saving Baseball in Seattle.

I would loosely divide the film into three parts: the early years, superstardom in Seattle, and Griffey’s decline after his trade to the Reds. There are also segments on Griffey’s off the field success (endorsements, commercials, and so on), his landmark shoe deal, his family life, and a big chunk on the 1995 season, which was previously documented in last year’s film I mentioned.

As usual with MLB Network documentaries, the use of archival footage is incredible. Random Griffey in-game moments that you forgot about are included in segments (and there are *plenty* of Dave Niehaus calls as well, which we appreciate) about Griffey’s Seattle years. The checklist of people interviewed for the film is unlike any other I’ve seen in an episode of MLB Network Presents, ranging from baseball legends like Reggie Jackson, Mariners teammates like Jay Buhner, non-baseball players like LeBron James, non-players like Phil Knight, and non-sports personalities like Macklemore.

During the significant middle segment about Griffey’s stardom in Seattle, there’s a cutting interview with Griffey discussing his feelings about the Yankees, based around an incident when his father was a Yankees player and the young Griffey was allegedly ordered out of the dugout by security on orders of George Steinbrenner….while Graig Nettles’ son was taking balls at third base. Griffey talks about how after that incident, his negative feelings towards the Yankees grew to the point where he set out to dominate them during his career. Sure enough, Griffey hit .311/.392/.595 against New York with 36 homers, the third-most he ever hit against any team.

The Father’s Day aspect of the film comes into play through segments featuring Ken Griffey Sr, talking most notably about their time together with the Mariners in 1990. Coincidentally, Griffey also hit the 500th home run of his career on Father’s Day, with his father in attendance for the Reds’ 6-0 win over the Cardinals in St. Louis.

Debuting on Father’s Day, Griffey, Sr. speaks to the everlasting bond he shares with his son, and how the two made baseball history on August 31, 1990, when they played in a game together as Seattle Mariners teammates. “Their joy of just being with each other, as dad and son,” says Reggie Jackson in the film, “was something that you’ve never seen and it was so special that you just had to appreciate it. You just had to enjoy it and recognize the specialness of it between two people.” Vivid details are shared from the historical Mariners game on September 14, 1990 when Griffey, Sr. and Griffey Jr. hit back-to-back home runs against the California Angels.

One gripe I typically have with episodes of MLB Network Presents is that they often tail off in the end and gloss over parts of the stories that don’t fit a positive narrative. This film doesn’t totally do that. During the final segment on his time in Cincinnati, most of Griffey’s numerous injuries with the Reds are detailed with a clip of the injury and a graphic detailing both the injury and how many games he missed because of it. It almost feels like piling on, but you can’t accuse the film of ignoring the numerous health-related issues Griffey dealt with in his Reds years. Unfortunately, Griffey doesn’t talk all that much, which feels like a missed opportunity. The graphics themselves almost seem cruel as the segment rolls along. 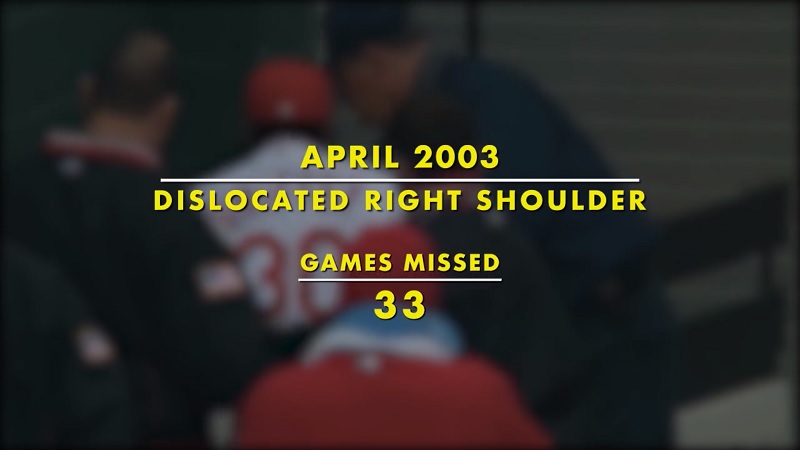 The topic of PEDs comes up near the end of the film. Everyone interviewed talks about how they believed Griffey played clean and didn’t take anything. Griffey himself doesn’t address the topic, which again feels like a missed chance for him to make a definitive statement one way or (however unlikely it may be) the other.

Overall to me, this film seems similar to ESPN’s Long Gone Summer 30 for 30, which focused on a memorable baseball summer of the 1990s. Unlike that film, there isn’t some ghastly specter hanging over this one and Griffey’s career that was hardly acknowledged. Griffey not talking about PEDs doesn’t seem egregious, given that no one ever pointed the finger at him (and were proven correct, as with Mark McGwire and Sammy Sosa) and that it was never a lingering question. Griffey never had significant off-field issues that were chopped out of the film (aside from the napping incident and Griffey’s hasty mid-season retirement in the final year of his career with the Mariners, which are both minor in the grand scheme of things).

The film gives viewers the fluffy feelings of nostalgia they got with Long Gone Summer and supplies very little of the awkwardness felt by watching juiced up players smash long dingers and then not talk about the elephant in the room. It was fun to relive Griffey’s phenomenal years in Seattle when he became a cultural icon, and brought back many warm emotions. Many sports films aren’t able to elicit an emotional reaction from viewers, and Junior thankfully is able to do that while also not straying from its central focus of profiling one of baseball’s biggest stars.

Sunday will be a Griffey-centric day on MLB Network, culminating with the film’s premiere.

To complement the debut of Junior, MLB Network will air wall-to-wall Griffey Jr.-focused programming this Sunday, June 21, including four signature games and the 1998 and 1999 MLB Home Run Derby. Griffey Jr.’s two-home run game against the Texas Rangers on June 14, 1994 begins the game action at 11:00 a.m. EDT, followed by Griffey Jr.’s MVP performance in the 1992 MLB All-Star Game at 1:00 p.m. EDT. The legendary Game 5 of the 1995 ALDS between the Mariners and New York Yankees will air at 3:00 p.m. EDT, and the action concludes at 6:00 p.m. EDT, with Griffey Jr.’s historical day on Father’s Day, 2004, when he hit his 500th career home run as a member of the Reds, with Griffey, Sr. in attendance.