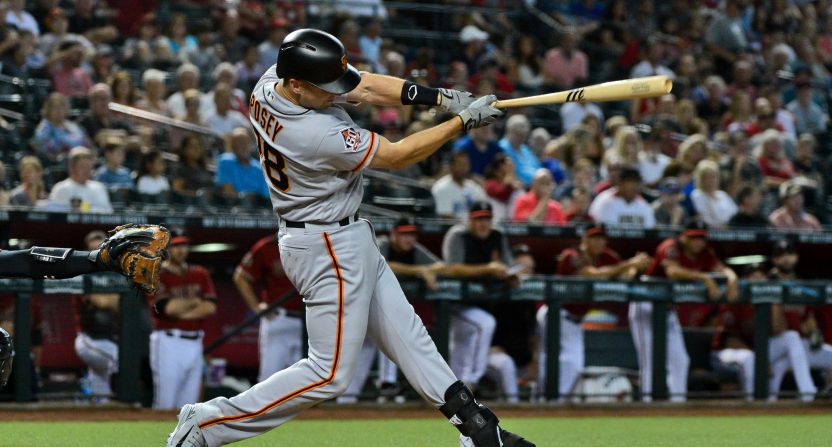 It looks like most of MLB’s in-market streaming deals are again lined up. The league managed to sign up the Fox RSNs for the 2016 season and to get most other teams on board for 2017 and 2018 (all but the Dodgers, Nationals and Orioles), but those deals expired after the 2018 campaign, and there were plenty of reports of the sides being far apart in November. However, MLB has since struck deals with AT&T/Root Sports and with Fox’s regional sports networks, and Sports Business Journal‘s Eric Fisher reported Monday that they’ve now signed deals with NBC’s RSNs as well:

MLB has completed renewal agreements for in-market streaming with Comcast-owned NBC Sports RSNs. The deals follow those completed earlier involving the Fox RSNs. MLB Commissioner Rob Manfred said earlier this month the Comcast RSNs had been offered in-market streaming terms similar to those for the Fox outlets, and AT&T RSNs are already set to continue providing the service. Financial terms for the latest pacts were not disclosed.

For the moment, these in-market streaming deals are pretty closely tied to the TV deals; this is authentication-based streaming, only for those who already subscribe to the RSN in question through their cable or satellite provider, and there isn’t a way to buy standalone access over-the-top. (MLB.tv exists, but only for out-of-market games). However, these deals are still an important step forward from where things were only a couple of years ago, when most RSNs didn’t offer in-market streaming access. And with streaming becoming a larger factor in how many watch sports, it’s key to get these done.

And it’s notable that MLB managed to get most of these deals signed this offseason, as things certainly didn’t look promising in November. At that point, MLB was asking both for more money and for longer terms, and the RSNs were pushing back. Now, it seems the gulf between the sides has been bridged. However, not all of these deals are for all that long; the NBC Sports Chicago one in particular ends next year. That’s logical considering the Chicago Cubs’ plan to launch their own RSN with Sinclair, which will alter the NBC Sports Chicago streaming rights, but it means we’ll get at least some of these discussions next year as well.