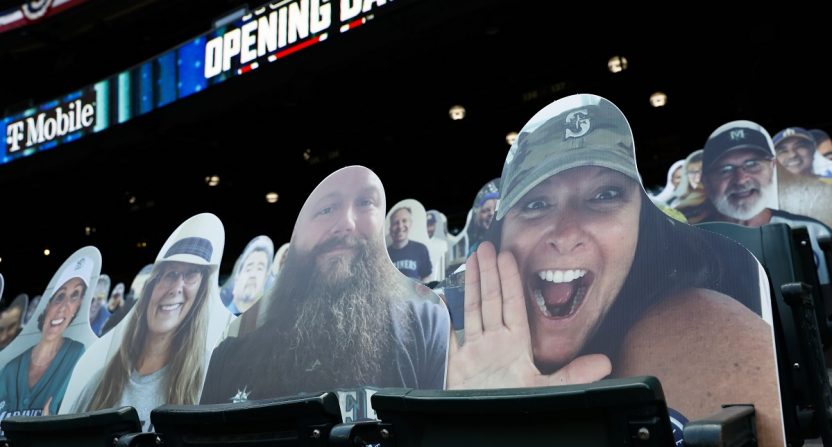 Major League Baseball has been playing for just over six weeks now with most teams (at least those that haven’t dealt with COVID-19 outbreaks, related reschedulings, or weather postponements) more than 40 games into their schedule.

That’s provided plenty of time for players, coaches, and fans watching at home to get accustomed to the artificial crowd noise played in MLB ballparks. On TV, if you have the game on in the background and perhaps aren’t paying close attention, the game almost sounds normal. There’s that audio buzz associated with sporting events, the surge in noise when a notable play occurs.

No, it’s not the real thing. Not even close. Players would certainly agree with that. And some ballpark operations are better — maybe a bit overzealous — at creating an audio atmosphere than others. But it’s certainly better than the eerie quiet of an empty stadium.

So what goes into creating that warm sound we associate with a ballgame? It’s not just turning the volume up and down. SI.com’s Emma Baccellieri talked to several producers around MLB, each equipped with an iPad loaded up with the necessary sounds for that gameday experience. (Hat tip to Ashley McLennan at Bleed Cubbie Blue.)

But there’s an art finding the right sound for the appropriate moment, as Seattle Mariners senior director of productions Ben Mertens tells Baccellieri:

“‘There’s that initial reaction of the ball hitting the bat,’ says Mertens.

“But that’s not a full-throated cheer, because the crowd wouldn’t know if it’s going to be a home run or a foul or a ball that dies in the outfield. So the stadium will layer an anticipatory ohhh on top of the basic murmur. (There is no limit to the number of different sounds that can be layered on at one time.) As the ball carries farther and farther, that anticipatory noise will get louder, perhaps with a few yells mixed in. And when it lands, the tablet operator will have to adjust the sound in an instant, peeling off all the layers to switch to a sound of disappointment if the ball is robbed on the track, or ramping them up with cheers to celebrate a home run.”

Some sound crews watched old games with the crowd noise isolated. Others brought their iPads home to watch games with the audio turned down to practice creating different noises for particular situations.

Simulating the subtleties in the different noises from the crowd is the tricky part. How do the fans sound when a runner is on third and they anticipate a run scoring? What is the difference in reaction to a run scoring on a base hit as opposed to a sacrifice fly? Broadcasters working remotely from TV studios and home setups surely appreciate the audio cues since they can’t see the entire field of play as they would normally.

The whole article is worth reading for insights into the distinct noises that each ballpark crew has added to their setup (which still includes playing music and running the scoreboard), and how different producers handled their respective situations.