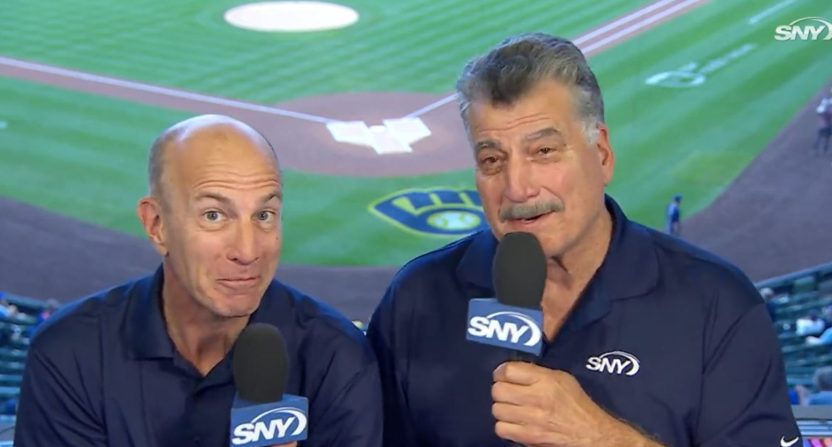 The New York Mets are already bracing for an offseason where Jacob deGrom, Edwin Diaz and Brandon Nimmo are free agents. Add Keith Hernandez and his expiring contract to the mix.

After ending the Major League Baseball season on the injured list, there’s a chance Hernandez may have called his last game for the Mets. Albeit a small chance, but a chance nonetheless, with Hernandez set to enter free agency.

Hernandez, who is at his Sag Harbor home recovering from shoulder surgery, joined his SNY partners Gary Cohen and Ron Darling via speakerphone Wednesday night during their final Mets broadcast of the season. During the appearance, Darling casually mentioned Hernandez’s upcoming contract negotiations.

“Keith, since no one’s really listening,” said Darling. “I would advise that when you go into your hotly contested contract negotiations, you try to wash away these games that you had to miss at the end of the season.”

“Wait a second!” Cohen interjected with sarcastic surprise. “His contract is up? Wait a second, are you saying this could be the last conversation the three of us ever have?”

“That’s not in my hands,” Hernandez answered. “I would love to come back, that’s for sure. I enjoy what I do, I enjoy working with you guys.”

Despite some of the aforementioned Mets free agents, Hernandez’s contract situation might be the one that fans would universally bemoan if he doesn’t return to the SNY booth next season.

In 2019, Hernandez similarly alluded to his contract expiring during their final SNY broadcast of the season. The Mets’ Hall-of-Famer ultimately reupped with a three-year deal worth just under $1 million annually.  Hernandez has been sidelined from the SNY booth since he tripped on a curb in Manhattan on Sept. 21, which required him to have shoulder surgery last week. The former first baseman is hopeful he can return to SNY’s pre and postgame coverage of the NLDS if the Mets are able to make it that far.