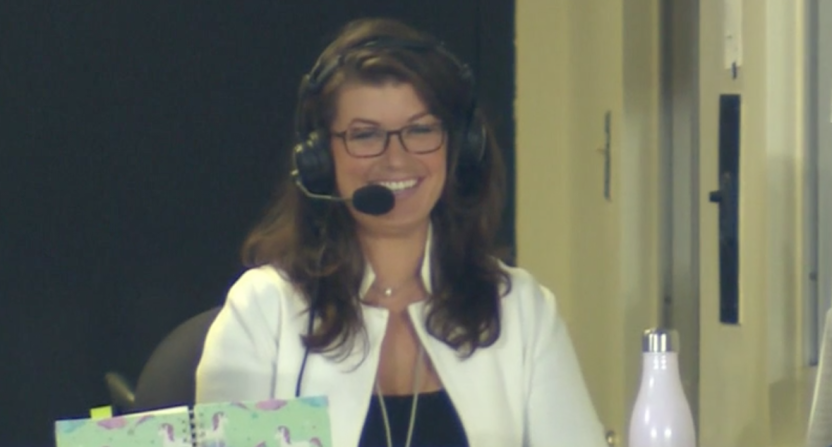 Tuesday night’s game at Camden Yards between the Miami Marlins and Baltimore Orioles may not have appeared particularly special in glancing at the schedule. But it was a historic night for the Orioles franchise and sports broadcasting.

Melanie Newman made her play-by-play debut on the Orioles Radio Network, becoming the first woman in team history to broadcast a regular-season game. When Newman took the mic, she became the fourth active female broadcaster in Major League Baseball, joining the Rockies’ Jenny Cavnar, Suzyn Waldman with the Yankees, and ESPN’s Jessica Mendoza.

Along with Cavnar, Waldman, and Gayle Gardner, Newman is also the fourth woman to call play-by-play for an MLB game.

We’ve got baseball! O’s host the Marlins at 8:15! @GeoffOnTheAir takes ya through pregame now with producer @OsRadioKevin pic.twitter.com/Y8Eyw4rxhD

According to MLB.com’s Joe Trezza, Newman was originally scheduled to make her Orioles play-by-play debut last Tuesday for Baltimore’s game at Miami. But the game was postponed due to the COVID-19 outbreak on the Marlins team, pushing Newman’s first broadcast back one week.

“‘I feel grateful for having spent so much time in the Minor Leagues; you get used to the uncertainty,’ Newman told MLB.com. ‘Now that we’ve waited this long, and I think I’ve exhausted just about every Orioles history and fun book that I could find, I’ve just been ready to go.'”

Not nearly a long enough clip, but here's some of Melanie Newman's play-by-play debut on the Orioles Radio Network Tuesday night: pic.twitter.com/xcF3rMH9lK

So… can I get a blue check mark yet? ?
In all seriousness, thank you to everyone for the outpouring of love and support. It’s awesome that destiny paired me with a good friend and mentor in @GeoffOnTheAir and @OsRadioKevin making everything smooth for us!

Newman first appeared in the Orioles’ broadcast booth during spring training and was slated to work approximately 65 broadcasts between the team’s radio network and TV appearances on MASN telecasts. As of now, she’s scheduled to call 35 games on radio, sharing play-by-play duties with Geoff Arnold as part of the Orioles’ revamped broadcast team. Newman made her debut as a sideline reporter on MASN last weekend.

Tuesday’s broadcast was not the first time Newman made history. Prior to joining the Orioles’ broadcast team this year, Newman was the play-by-play broadcaster for the Boston Red Sox’s Single-A affiliate in Salem. Last season, she and Suzie Cool were the first all-female broadcast team in professional baseball.

Before her stint in Salem, Newman split play-by-play calls for the Texas Rangers’ Double-A affiliate in Frisco. She’s also worked on broadcasts for the Arizona Diamondbacks’ Double-A club in Mobile, Alabama, as a game broadcaster, reporter, and host.

What people miss about @MelanieLynneN is she worked her ass off for 10 years on countless bus rides in the minor leagues. When I went to profile her last March, I was blown away with how good she was at PxP.

She's a friend now. And a talented one at that. #NoOnesBoxToCheck

As she told the Baltimore Sun‘s Jon Meoli after her spring debut, Newman has progressed through her broadcasting career without giving much thought to breaking down barriers for women or making history in her industry.

“My parents never told me this was different,” Newman said. “I was just doing what I knew I was good at, what I was put on the earth to do, and I enjoyed it. I was really fortunate to have clubs that have backed me up and made me feel the same.

Hopefully, plenty more clips of Newman’s calls for the Orioles Radio Network (flagship station, 105.7 The Fan, WJZ-FM) will become available in the days and weeks to come. In the meantime, fans can always tune in to those radio broadcasts via the WJZ-FM website, MLB.com, the TuneIn Radio, Radio.com, and MLB At-Bat apps.