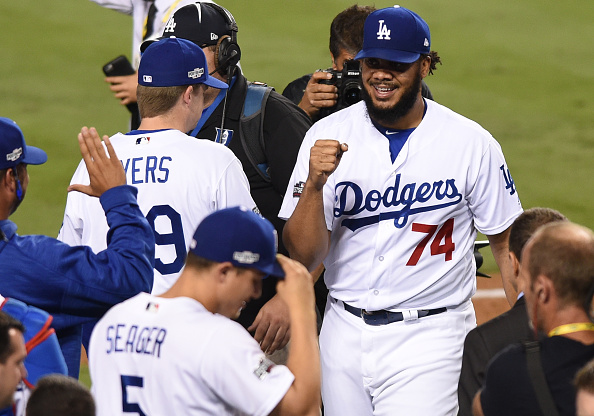 Things are looking bleak for Dodgers fans in Southern California who don’t have Charter Communications.

With the 2017 MLB season almost upon us and pitchers and catchers reporting to Spring Training right around the corner, Charter Communications (formerly Time Warner Cable) delivered some discouraging news about the ongoing carriage dispute surrounding the channel and Dodgers games. Namely, that it looks to be dragging on for yet another season.

Here’s the news via the Los Angeles Times:

For the fourth consecutive year, the Dodgers’ television broadcasts could go unseen by a majority of fans in the Los Angeles area.

Charter Communications said Monday it does not anticipate reaching agreements with DirecTV or any other cable or satellite provider to carry the Dodgers-owned SportsNet LA channel by the time the regular season starts April 3.

Charter is the only major pay-TV provider that airs SportsNet LA in Southern California.

“At this point we don’t expect any other distributors to carry SNLA by opening day,” Charter said in a statement.

Four years this has been going on?!?  Four years!!  It’s ridiculous that Dodgers fans have been stuck in this carriage dispute for so long. Back a couple of years ago, Charter was optimistic they could get carriage for the 2016 season. That obviously did not happen and now any sense of positive thinking seems to be fleeting.

At least last season a few Dodgers games at the end of the season were made available on over-the-air television so that fans could soak in the last games broadcasted by legendary announcer Vin Scully. However, with Scully retired there appears to be no motivation to do something similar this season according to the Times.

With Scully gone, that does take away one factor in pushing for a deal to get done. Usually though, the most important factor in these disputes is how well the team is doing and what kind of demand exists for wider carriage. With the Dodgers making it all the way to the NLCS last season, and the dispute making it into its fourth season, it would stand to reason that demand should be climbing higher and higher. And yet, no deal is currently in sight.

Complicating matters is an ongoing lawsuit between the Department of Justice and AT&T/DirecTV surrounding their non-carriage of the channel as well as a possible merger between AT&T and Time Warner. More details from the Times:

In November, the Department of Justice sued AT&T, alleging its DirecTV subsidiary had violated antitrust law by sharing information about SportsNet LA negotiations with other carriers.

With DirecTV as the “ringleader,” the government charged, cable and satellite companies could demand better deals from TWC without worrying that competitors would carry the channel.

“The ultimate result: many consumers in L.A. had fewer — or no — means by which to watch the Dodgers channel,” the lawsuit read.

AT&T has denied the charges and has asked a federal court to throw out the suit. In so doing, AT&T said the government had not alleged an agreement among competitors to freeze out SportsNet LA and had not proven that the channel would be on the air if not for the purported sharing of information.

With a new administration, it’s unknown as to where the case will go or what happens with the proposed AT&T-Time Warner deal. Perhaps if one of those things breaks a certain way, a deal could get done for SportsNet LA. Meanwhile though, Dodgers fans without SportsNet LA will keep on twisting in the wind waiting on these giant corporations to finally do something. At least it’s a position they’re used to being in for the last four years.