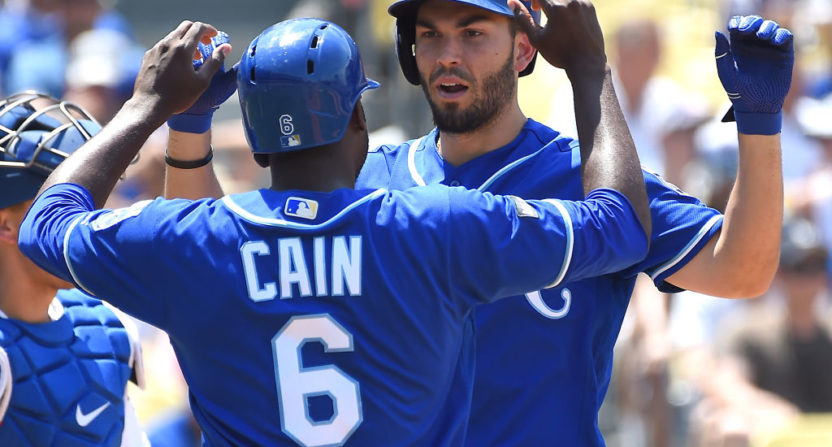 Over the past nine months, Major League Baseball has gotten lots of good news about television ratings. Last fall’s playoffs drew good numbers, highlighted by a World Series Game 7 that was the most watched baseball game in 25 years. The next marquee event, last week’s Home Run Derby, garnered huge ratings, and the All-Star Game saw an uptick in viewership over last year (despite remaining quite low by historical standards).

But according to John Ourand and David Broughton of the Sports Business Journal, the sport’s local ratings have not been great this season. Per SBD, 18 of the 29 U.S.-based MLB teams have seen ratings fall, with the defending champion Chicago Cubs the most surprising of the laggards.

With a drop of 37%, the Royals have the largest negative ratings change of any team in baseball this season, though they still possess the highest local rating at 7.69. The White Sox, Marlins, Giants, and Pirates have also seen drops of at least 25% this season.

On the other end of the spectrum, the Yankees—thanks to an exciting and successful young team—have seen ratings rise by 54% on YES Network. The Braves have also seen their local ratings jump by an impressive 50% this season.

Baseball’s top five rated teams in local markets are the Royals (7.69), Indians (7.52), Cardinals (7.06), Orioles (6.06), and Tigers (5.42). Interestingly, four of those five teams (with the Indians, up 29%, as the outlier) have seen double digit declines this year. The lone team in baseball’s five lowest-rated teams to see a bump were the Dodgers, up 24% to a 1.48 on the carriage-challenged SportsNet LA. The Marlins, Angels, White Sox, and A’s were all were the league’s four lowest rated teams, and all took hits of at least 15% this season.

As Ourand and Broughton point out, 15 of the 29 U.S.-based teams increased their ratings last year, despite the theory that heightened interest in political coverage was hurting sports viewership. For one reason or another, that trend did not keep up this season. The widespread declines in local ratings this year suggest baseball isn’t immune to the forces that have dragged down viewership in other sports, most notably the NFL.

The news isn’t all bad for baseball, though. According to SBJ, games on Fox and FS1 were up 3 percent through the All-Star Break, while games on ESPN were up 9 percent.