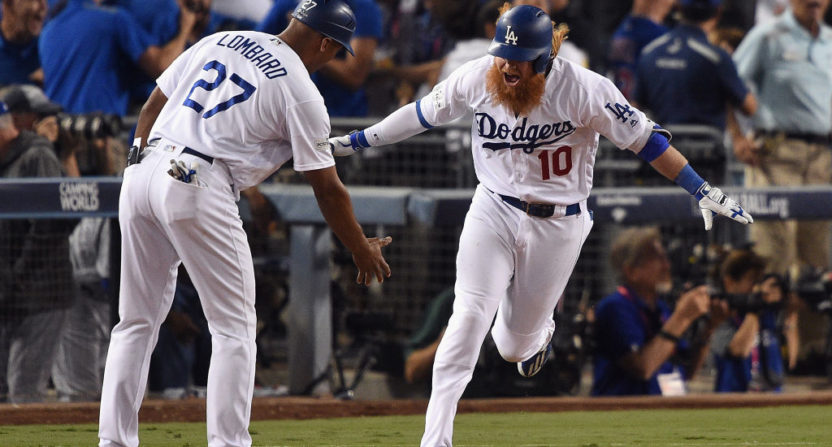 Even though Fox Sports did not get its dream scenario of Red Sox-Yankees in the American League, it’s still riding a New York wave from the first two ALCS games. Game 1 on FS1 in primetime averaged almost 6.2 million viewers, up 50% from last year’s Toronto-Cleveland Game 1 on TBS, which drew 4.1 million. One big caveat from last year is that Toronto doesn’t count in the U.S. ratings. ALCS Game 1 was also the seventh most-watched event in FS1’s young history.

As for Game 2, which aired on Fox, it drew over 6.2 million viewers in the late Saturday afternoon window. That’s up a whopping 138% from the 2.6 million that watched Blue Jays-Indians Game 2 on TBS last year. Sports Media Watch points out that it’s the most watched LCS day game dating back to ALCS Game 2 (Texas-Detroit) in 2011, which averaged 6.6 million viewers.

A consistent 6.2 million audience for the first two ALCS games this year has to give some hope for FS1, which will air the rest of the series.

As for Game 2 of the NLCS, it drew a 4.5 overnight rating, which won the primetime ratings on cable. It was up against the Giants-Broncos Sunday Night Football game on NBC.

The MLB Postseason has some good momentum, and both FS1 and TBS are hoping for extended series to keep the numbers going. Given that the home teams won the first two games in both series, the networks are likely going to be cheering for the Yankees and Cubs as the series shift locations this week.