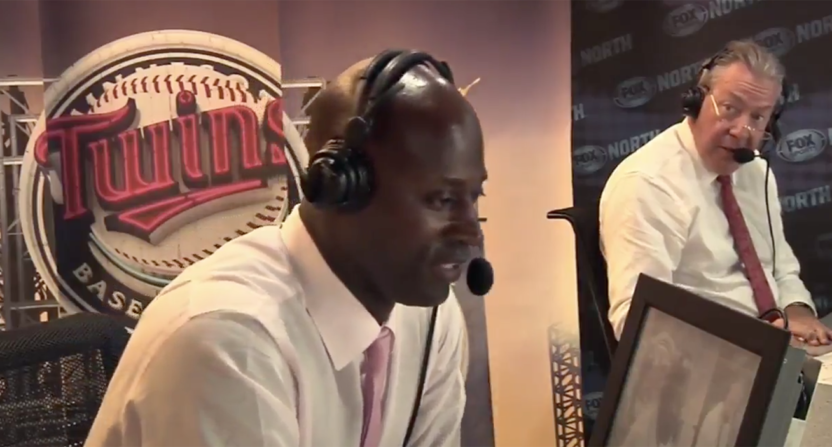 Former journeyman reliever LaTroy Hawkins is now a broadcaster for the Minnesota Twins, and it appears he still has a lot to learn about live television. During Tuesday’s broadcast of the Twins’ game against the Rockies, Hawkins brought up a fight he had during the 2014 season with rookie pitcher Tommy Kahnle when they were playing for Colorado. Unprompted, too.

Hawkins missed the cue and doubled down instead, calling Kahnle “one of the worst teammates I’ve ever had in my life.” Listen here:

LaTroy Hawkins on Tommy Kahnle: "One of the worst teammates I've ever had in my life, and I've had a lot of teammates" pic.twitter.com/n7vLXc5RBe

Those are strong words coming from anybody, but consider that Hawkins had a 21-year career in MLB and played for 11 different franchises. In 2014, when Hawkins said the fight occurred, Kahnle was a 24-year-old rookie while Hawkins was nearly twice his age at 41.

Kahnle now plays for the White Sox (notably in the same division as the Twins) and is having a strong year in their bullpen with three runs allowed and 26 strikeouts in 14 innings.

Fortunately for FS North, the Rockies quickly got the third out to end the inning, and the awkwardness.