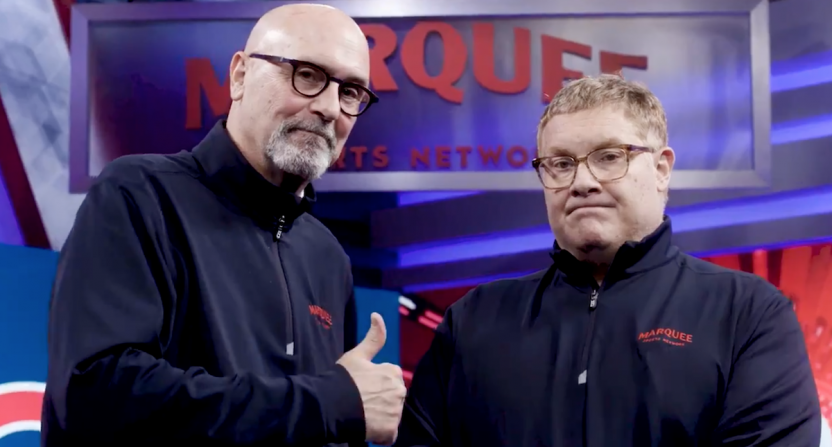 MLB is currently in a lockout that threatens the start of the regular season. Assuming the sport does eventually restart, though, Cubs fans able to get Marquee can take solace knowing that the booth of Jon “Boog” Sciambi and Jim DeShaies will remain intact for the foreseeable future.

According to a report from Jeff Agrest in the Chicago Sun-Times, Marquee is set to announce extensions for both Sciambi and DeShaies.

Sciambi will continue as the radio voice of ESPN’s “Sunday Night Baseball. Marquee will announce fill-ins for him at a later date. Sciambi joined Marquee after longtime Cubs TV voice Len Kasper left for the White Sox’ radio booth.

Speaking personally, Sciambi and DeShaies do tremendous work together. Both would have certainly been in demand elsewhere, and considering the various ways Marquee has made their on-air work harder (or at least more muddled, with things like forcing rotating guest hosts on them to occasionally disastrous results) it would have been easy to understand if they’d wanted to seek other long-term options.

But Marquee has been more relaxed since the early days of forcing hosts to wear suits on the air, and the Cubs are one of baseball’s biggest franchises (even if ownership claims otherwise for payroll purposes.) It’s a high-profile booth, and there aren’t many jobs that would be a step up in that sense. For Sciambi, especially, the fact that he can still work for ESPN and call Sunday Night Baseball on the radio is presumably another big selling point.

Sciambi and DeShaies do everything you’d want a local booth to do, and they do it all very well. It’s a relaxed, informative broadcast, without meandering or relying on clichés and catchphrases. They’re a great watch. If only more of the Cubs market could actually watch them.