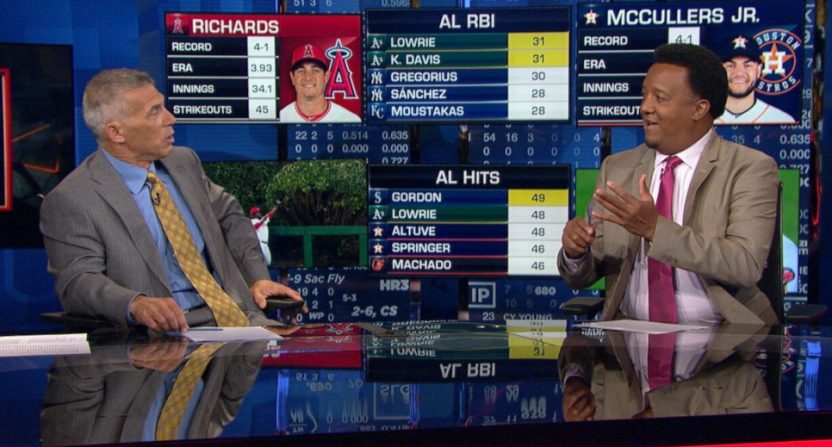 Former Florida Marlins and New York Yankees manager Joe Girardi has been in the broadcasting ranks with MLB Network since before the start of the 2018 season, and while he’s having fun there and wants to keep broadcasting, those plans might wind up on hold if he’s offered a major-league managerial job. Girardi recently told Chris Cwik of Yahoo Sports that he wants to manage again:

If it sounds like Girardi yearns to be back in the dugout, it’s because he does. He’s made it no secret he wants to manage again.

“I want to,” Girardi says. “I love it because I love the strategy of the game and trying to put players in the best situation to be successful and instilling confidence in them … and always having their back and building that trust with players. That’s really enjoyable to me.”

While some have ventured that the 54-year-old Girardi would only return to the managing ranks with a contending team, he told Cwik he “had a blast with the rebuild I had in Florida” and would be interested in working with younger players too. He went on to say that he also loves broadcasting, though, and that he plans to keep doing that for a long while.

For now, Girardi is having a blast broadcasting. He loves being around his former opponents and getting hitting insight from Jim Thome and pitching insight from Pedro Martinez. Girardi says he’ll keep doing TV “as long as they’ll allow me to do it. If I’m 75, I would still love to broadcast.”

Girardi is far from a newcomer to baseball broadcasting. He previously worked as an analyst for YES after retiring as a player following 2004’s spring training, and remained with them until taking a job as the Yankees’ bench coach ahead of the 2005 season. He then left to take the Marlins’ managerial position in 2006, but returned to YES in 2007 after the Marlins fired him, and stayed there until the Yankees hired him as their new manager after that. And he’s now working on his second-straight season with MLB Network, and seems to be having plenty of fun with that.

And there will be some opportunities for viewers to check out Girardi’s broadcast acumen this coming week, as he’s calling a Nationals-Cubs game on Fox Saturday and teaming up with Bob Costas for a MLB Network Presents broadcast of the Phillies and Cubs Monday. The piece also discusses his detailed preparations for broadcasting games, including studying the rosters, watching local broadcasts, noting pitcher tendencies (especially with relievers) and more. We’ll see how that all contributes to his on-air performance in these showings, and we’ll see if he continues in the broadcast realm for a while, or if he gets another MLB managing job.