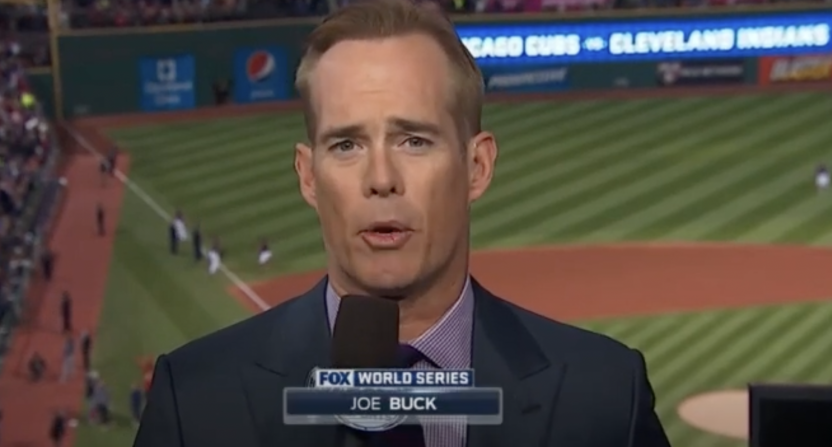 After listening to Joe Buck call 22 consecutive World Series, a lot of baseball fans didn’t fully appreciate what they had until he was gone.

When Buck left Fox to join ESPN’s Monday Night Football booth earlier this year, MLB losing its premier play-by-play voice was an ancillary effect, although Joe Davis did a fine job filling the void for Fox. But it’s not like Buck couldn’t have continued to call baseball games, considering ESPN boasts a MLB package of its own. He chose to stop calling baseball games.

Buck joined Jimmy Traina on the latest episode of the Sports Illustrated Media Podcast, where they discussed whether the renowned play-by-play voice has any interest in returning to baseball.

“They kinda gingerly asked me to do a game during the season,” Buck said on the Sports Illustrated Media Podcast. “I think Karl Ravech missed a game, and they said, ‘Would you wanna do it?’ It might have been in St. Louis, I don’t even know. And I said, ‘Let’s just give it some time.’”

People like Bill Simmons who desperately want to see Joe Buck call the World Series again probably won’t get their wish. But for those who just want to hear him call another MLB game, that door appears to remain at least a little bit open.

“I’m ready to move on from that part of my life,” Buck admitted. “I’ve done baseball broadcasting since I was 19, professionally. I feel like I’ve done all I could do there. If someday I wanna go back and call a few games – maybe. But I don’t have that itch. I love the sport. I love watching it. I’m so glad I did it. I’m proud of how and what I did, but I don’t have that desire at the moment to just keep doing the same thing over and over and over.”

Fans pining for Buck to call another MLB game will have to wait and hope for that itch to come back. And if it does, ESPN would surely be willing to find a baseball game for Buck to call while they’re paying him a reported $15 million per year to anchor their Monday Night Football coverage.