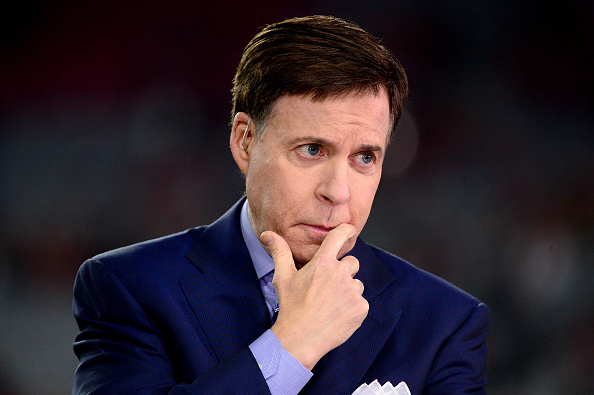 The Baseball Hall of Fame has released the names of the eight finalists for the 2018 Ford C. Frick Award, and the four living finalists in particular appear certain to provoke a lot of discussion. The winner will be announced Dec. 13, and will be honored July 28 as part of Hall of Fame Weekend. This year’s ballot focuses on national voices:

Here are the finalists for the 2018 Ford C. Frick Award, featuring 8 broadcasters whose contributions were realized on a national stage. pic.twitter.com/1nXGypQl5A

There’s likely to be some debate about the earlier voices too, but living finalists Buck, Costas, Michaels and Morgan are all particularly polarizing. Buck has been calling baseball for 33 years, first with the Cardinals and then with Fox’s national broadcasts (since 1996), but still draws plenty of criticism, even if there’s an argument that he’s improved in recent years. Costas has spent 24 years calling baseball with NBC, The Baseball Network and MLB Network, and has received numerous laudatory profiles over the years, but he’s also taken heat for over-the-top stances, inside and outside of baseball.

Michaels is an interesting choice, as he’s much more associated with the NFL and the Olympics these days and hasn’t called a MLB game since 1995, though he did call baseball for 25 years with the Reds, Giants, NBC, ABC, and The Baseball Network. And as for Morgan, who spent 25 years covering baseball, calling MLB games with the Giants, A’s and ESPN and serving as a studio analyst for NBC and ESPN, he used to be on AA’s Mount Rushmore (Buck was a finalist to replace him, but lost out to Craig James), and there’s a whole website devoted to the issues with his broadcasting career.

As for the four deceased broadcasters on this list, Reese stands out for the short length of his broadcasting career (11 years). He did have high-profile jobs, calling CBS’ Game of the Week alongside Dean for six years and then teaming with Curt Gowdy for a similar job at NBC for three years (in addition to two years calling Reds’ games), but he’s the only one on this list who spent less than 20 years broadcasting baseball. Blattner recorded 26, doing national stints for ABC, CBS, and NBC in addition to calling games for four teams, while Dean had 24 (ABC, CBS, and St. Louis Browns and Cardinals), and Drysdale had 23 (a decade with ABC, plus work with five teams).

The Frick Award election cycle rotates every year between national voices (the current list), broadcasting beginnings (early team voices and pioneers) and current major league markets (team-specific announcers). Its stated criteria is “Commitment to excellence, quality of broadcasting abilities, reverence within the game, popularity with fans, and recognition by peers.”

Here’s a look at who’s voting and who drew up the ballot:

The 2018 Frick Award ballot was created by a subcommittee of the voting electorate that included Enberg, McCarver, Miller, Nadel and Smith.

Of course, given how prominent these candidates are and how many different jobs they’ve had, it would be tough to find national figures without connections to them, but it’s worth keeping those connections in mind when we see the final result.

This is going to be a tough decision for this committee, especially if they go with a living finalist. While all of these recent broadcasters have those who like them, they all have either numerous detractors or other problems with their case. Michaels may have less vocal critics than the others, but he hasn’t called baseball in decades and is so heavily associated with other sports that it seems tough to choose him here. Morgan certainly could be elected, but his election might spark riots, especially amongst fans of sabermetrics given his regular criticisms of advanced statistics.

Buck has the longest baseball career and has held the incredibly high-profile Fox lead announcer slot for decades, but there are plenty out there who hate him (see the regular petitions to remove him, or any Twitter discussion during his broadcasts). Costas might be the least controversial choice here, and is certainly heavily associated with baseball (even with all his work on the Olympics, the NFL and other sports, he’s still regularly viewed as a MLB figure), but there are plenty of reasons to go after him too. We’ll see who the committee chooses, but if it’s a living finalist, expect at least some uproar.