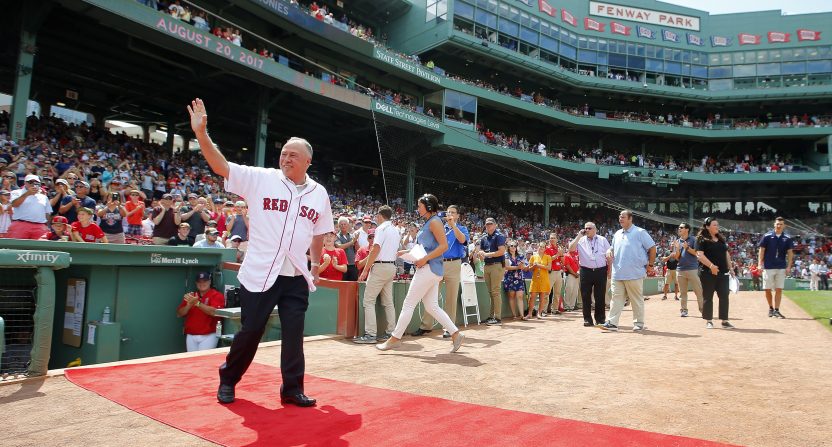 Jerry Remy is an institution in New England, where he’s been a regular color commentator for NESN’s Red Sox broadcasts since 2001. Over the years, however, various health concerns and issues have popped up that have taken him away from the booth for extended periods of time.

In 2008, Remy had surgery to remove a cancerous area from his lung and then suffered from pneumonia while recovering, which prevented him from broadcasting until 2009. Remy took time off again in 2013 when pneumonia returned but returned a few weeks later. In 2017, Remy announced that his lung cancer was back and he was going to receive treatment. After another cancer diagnosis in August 2018, he underwent further treatments and announced in November of that year that he was cancer-free.

All of which is to say that when the 68-year-old commentator suddenly disappeared during the third inning of Friday night’s broadcast of the Red Sox – Blue Jays game, many viewers noticed and started wondering what might have happened.

Kind of weird that @Jerry_Remy just went silent from tonight’s broadcast. Can @NESN let us know what’s going on? Very strange to not have any announcement of any kind.

Reports of Jerry Remy unexpectedly and without any announcement exiting NESN’s TV booth during bottom of the 3rd inning at Fenway last night. As of now, no word from NESN as to whether this was a health issue, personal matter or work-related issue.

Remy’s boothmates, Dave O’Brien and Dennis Eckersley, did not make any mention of Remy’s absence during the broadcast at the time.

NESN did eventually release a statement on Saturday, saying that Remy “experienced shortness of breath and stepped away from the broadcast as a precaution. The statement also notes that he is currently as Mass General Hospital and “resting comfortably.”

From NESN on why Jerry left the broadcast last night: pic.twitter.com/F22NkaBeXV

That statement was also read on the air on NESN.

As noted in the statement, there is currently no timeline for Remy’s return to the booth, let alone when he will be released from the hospital.