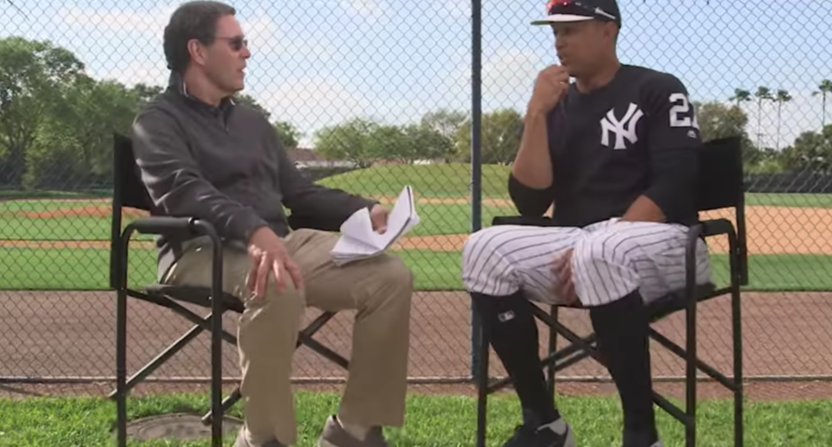 Not long ago, former ESPN baseball writer and television personality Jayson Stark was jobless, cashing checks from his former employer (we assume) while producing content only for his personal Facebook page. Now, all of a sudden, the dude is absolutely everywhere.

As of this week, Stark has a writing gig with The Athletic, a television role on MLB Network and, as SportTechie reports, a new interview show on the Stadium video platform.

“I was really excited about it because I love the art of the interview,” Stark said. “My feeling was, if we could pick the right people and I could get the chance to sit down with a group of people across baseball who were really passionate about what they do and thoughtful about why they’re so passionate, this could be really fun.”

“From the time I got into the business,” he added, “I always thought the biggest challenge, one of the most fun parts of the job, was finding a way to ask the right questions so you got great answers and you could allow the people you were interviewing to express their personality.”

The show will reportedly air 13 half-hour episodes, beginning with an April 10 interview with McGwire in which the former slugger discusses his famous 1998 home-run chase.

Stadium is distributed primarily as an over-the-top streaming service but is also available on linear television through Sinclair-owned television stations. Since debuting last year, it has grabbed rights to college football and basketball while also producing its own original programming.

“Baseball Stories” sounds like a pretty promising venture, with a widely respected host and a lineup of guests that give it potential appeal for casual and hardcore fans alike. Stark told SportTechie that the open interview format of the show allowed his subjects to open up a little more than they would in a traditional setting, so hopefully we learn some new things about some of the game’s most relevant figures.

Regardless, we’ll be glad to see Stark back on air.