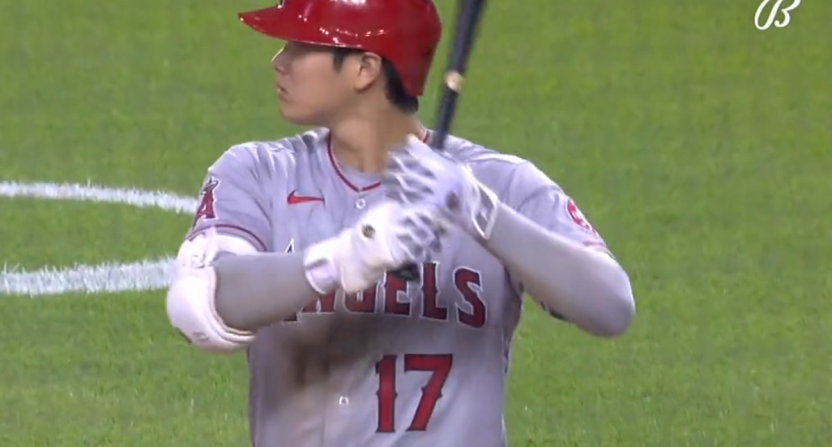 Asked how the Tigers should approach pitching to Ohtani in a key at-bat, Morris said:

Except he changed the “v” and “r” sounds in a way people do if they want to do an Asian caricature stereotype.

Some on Twitter immediately pointed to it being an attempted Elmer Fudd impression. Two things on that: first, it’s much closer to a racist Asian caricature than a successful Elmer Fudd impression. Second, if the best-intentions read of this is “Elmer Fudd”, it speaks volumes in itself. Those two options are both very bad broadcasting. Even giving him the benefit of non-racist intent, it still matters how it came out. And we probably shouldn’t be inclined to give him that benefit, too; in addition to the fact that Elmer Fudd (again, it’s absurd this is part of this discussion, but if we don’t address this rejoinder people will keep pushing it) doesn’t use “b” sounds for “v” in his famous catchphrase.

A lot of people are claiming this is an Elmer Fudd impression. Turn the volume up on that clip and listen to him. It's absolutely not that.

Morris, or people around/above him at the network, apparently reached a similar conclusion, as he attempted to offer some kind of apology when Ohtani came to the plate in the ninth.

“It’s been brought to my attention and I sincerely apologize if I offended anybody, especially anybody in the Asian community, for what I said about pitching and being careful to Jose, er, Shohei Ohtani. I did not intend for any offensive thing and I apologize if I did. I certainly respect and have the utmost respect for this guy and I don’t blame a pitcher for walking him.”

Two more things here. First, this isn’t really an apology. It’s a classic “If I offended anybody” non-apology. There’s no contrition with that statement.

What a shitty apology. And if he didn't know it was wrong to use a stereotypical accent to mock Asian people, how in the hell does he have a job? https://t.co/enqsK0fuXn

Second, it’s maybe not quite as absurd as the Thom Brennaman-Nick Castellanos moment, but Morris slipping and calling Ohtani “Jose” amidst an “apology” for racially insensitive language is really something.

Like with Brennaman, it’s unlikely that later effort to make amends is going to be the end of this situation.

UPDATE: Morris has been suspended indefinitely from Tigers broadcasts on Bally Sports Detroit.