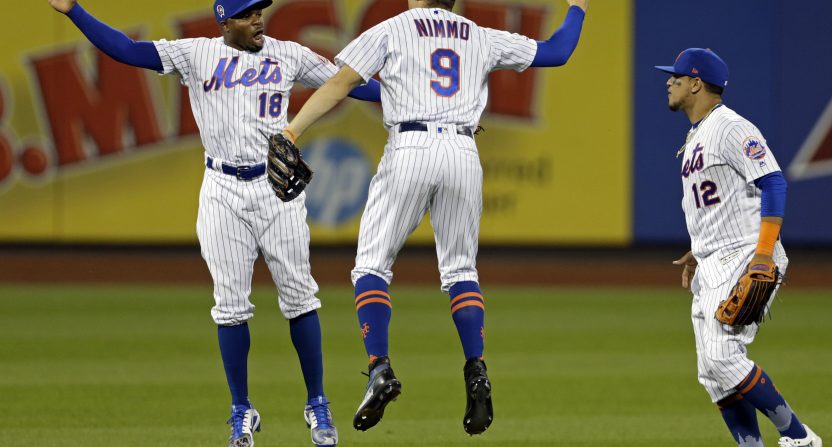 The Mets were once again barred from wearing first responder hats during their game on 9/11, a decision that MLB has always defended as necessary to avoid any kind of precedent.

Mets radio voice Howie Rose took a few minutes on Wednesday night to absolutely tear into MLB’s stance on this topic, and it’s well-worth your time.

Mets radio announcer Howie Rose absolutely eviscerates Major League Baseball for not allowing the Mets to wear First Responders hats on 9/11. He comes with the receipts, too! pic.twitter.com/3jpiJjEt1c

Rose makes some very cogent points, noting that while the league’s stance is dumb by basic common sense standards, they’re not even consistent within their own rules.

“I’m sorry, it is just incomprehensible to me that Major League Baseball cannot see fit to allow the Mets to pay tribute to those who gave their lives and in some cases are still doing so. It’s okay for MLB to foist those horrendous players weekend uniforms on us. They allowed the Houston Astros to wear Apollo 11 caps commemorating the moon landing 50 years ago.”

And perhaps the most important point of all came near the end of Rose’s criticism:

“That’s just brutal that Major League Baseball cannot see fit to honor people who to this day are still dying as a result of their heroism. To this day! Eighteen years later. Someone must answer to that.”

It’s a crucial note, because for many of the people the Mets would be honoring, 9/11 wasn’t a one-time event fading into the past. It’s still very much a part of their daily lives, lives that are in many cases cut short by health complications that can be traced back to their service on 9/11. Would wearing the hats really do much to help that? Maybe not, but if it even just brightens one person’s day it’s probably worth it considering there’s zero downside.