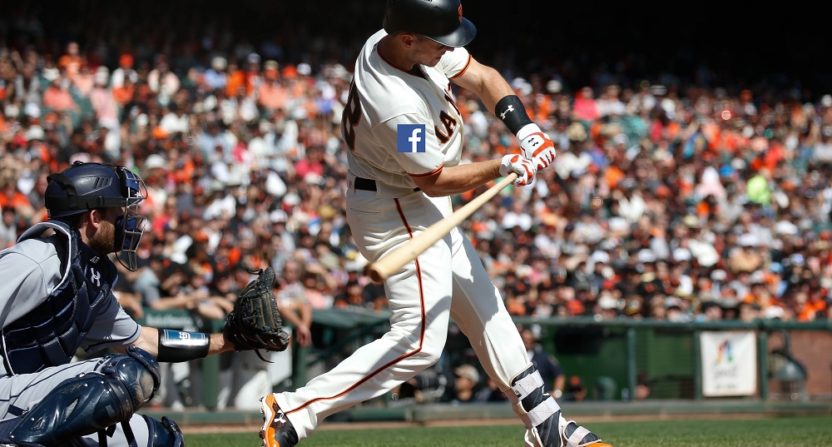 San Francisco Giants broadcaster Mike Krukow had a simple solution to MLB’s neverending quest to improve pace of play during games and cut the length of games – shorten the commercial breaks and make up that lost revenue by adding advertisements to uniforms.

Krukow made his comments on KNBR’s Tolbert & Lund.

“I don’t like long innings during the playoffs, where there’s 2:45 minute breaks. I don’t like that,” Krukow said. “To me, it’s obvious, if you want to speed things up, cut the innings back down to two minutes or 1:45 and put advertisements on the uniforms. I have no problem with that. I didn’t have a problem wearing a rum advertisement when I played in Puerto Rico.”

The legendary Giants analyst also claimed he had no problem with MLB limiting mound visits, and thinks that the players would be the ones that eventually spur a change in the game’s pace of play.

“The limited mound visits, that’s fine,” Krukow said. “Allowing the umpire to use common sense and discretion should they need a seventh or eighth. I don’t like it when a pitching coach goes out there two, three, or four times. It’s absurd and messes with the rhythm of the game.”

“I think that the hitters, pitchers, and players are the real resolve for this problem of pace,” Kurkow said. “I just think that if the players would play this game as it was intended with a better consideration for rhythm, I think that would resolve all of the problems. I don’t think there’s any such thing as a magic formula that baseball can come up with that can put it back on track, I think it’s the players who are going to have to put it back on track.”

While placing advertising on uniforms is a simple solution, one that the NBA has already implemented this season, it would likely get plenty of blowback from baseball fans. After all, fans were not pleased with the announcement that Under Armour’s logo would be appearing on MLB jerseys in 2019, and the decision by New Era to slap its flag logo on caps was similarly met with dismay. Imagine the reaction to a Microsoft, Target, or Chico’s Bail Bonds patch on the sleeve or jersey.

However, Krukow does have a point. The between-innings break between during regular season games is two minutes and 25 seconds. If the break was cut by 30 seconds, that’s a savings of roughly eight or nine minutes a game, or the games becoming roughly 5% shorter. That’s a massive amount, and would be such an easy solution without messing with creating stupid new rules for the game itself.