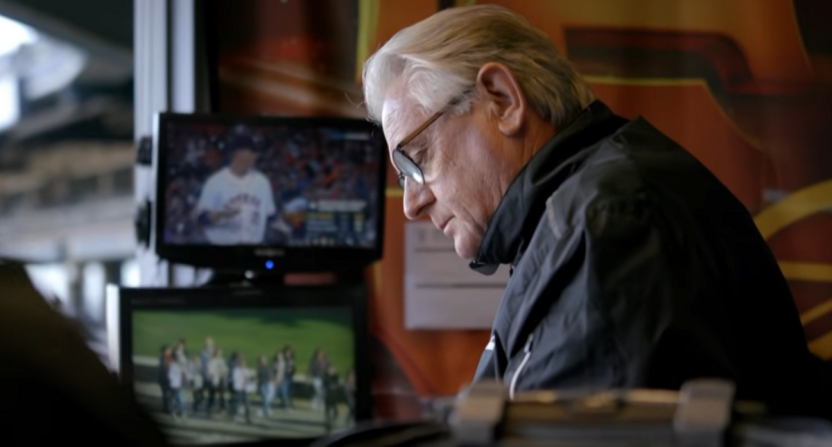 Duane Kuiper released a statement through the San Francisco Giants today announcing that he’ll miss time to undergo chemotherapy for a medical condition.

I wanted to let you know that I may be missing a few more Giants broadcasts than usual and I wanted to share what’s going on with me. After some tests and visits with doctors, I was diagnosed with a medical condition that requires me to immediately begin chemotherapy treatment. I feel very fortunate that I have an incredibly talented team of doctors and healthcare specialists who will be assisting me throughout my treatment plan. And, of course, the support and love of my entire family, along with our incredible fans, everyone at the Giants, NBC Sports Bay Area and KNBR is overwhelming and deeply appreciated.

I still plan on broadcasting this season, thought I may take a few more games off if I’m not feeling well and I want to thank my broadcast partners for their unconditional support and willingness to step in and cover for me. Thank you for your prayers and for giving me the space and privacy to focus on my health at this time. While this was not the adventure I anticipated, I’m staying positive for a quick and full recovery.

The Giants also released a statement on Kuiper, a former player for the organization and a Giants broadcaster since 1986 (minus one year with the Rockies):

Kuiper, who turns 71 later this month, played in the big leagues for a dozen years — including four with the Giants — before embarking on what has been one of MLB’s most successful broadcasting runs by a former player. Kruk and Kuip are in their 31st season together and were in the booth Sunday for the finale against the Chicago Cubs. When Kuiper has missed games recently, Jon Miller and Dave Flemming have filled in alongside Krukow.

“Duane is a tremendous professional and an excellent person. He has the complete and unconditional support of his colleagues and friends at NBC Sports Bay Area, and we offer our positive thoughts and encouragement to him and his loved ones as he manages his health. His entire professional family is wishing for a successful recovery.”

Kuiper is truly a team legend. And in addition to his work with the Giants, there’s also a generation that knows he and partner Mike Krukow as the voices of EA’s MVP Baseball series.

We certainly wish him a full recovery and a fast return to the booth.