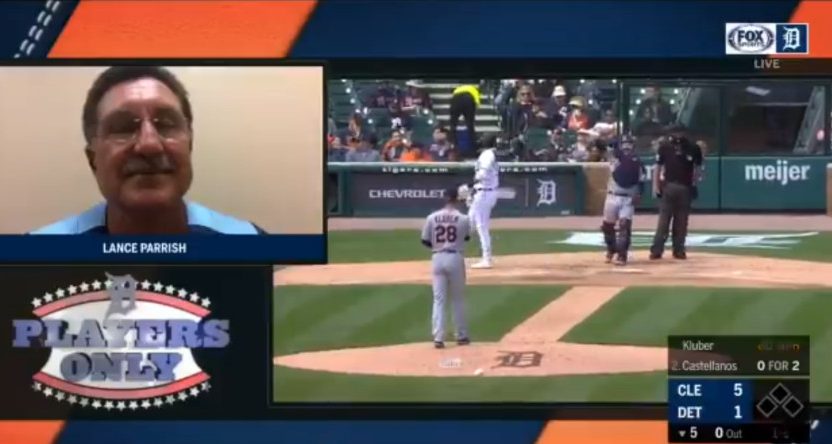 The “Players Only” broadcast concept of filling each position in a broadcast booth with a former player has been going for a while, in particular with Turner doing that for some NBA broadcasts since 2017. And while those broadcasts have led to some flubs and some criticisms, that hasn’t stopped others from borrowing the idea. The latest on that front appears to be Fox Sports Detroit, which will use this plan for 17 Tigers’ games this season.

And Fox Sports Detroit is going even further from the broadcast norm with their idea of this concept. While the Turner NBA broadcasts have still had traditional play-by-play, just from former players like Brent Barry and Greg Anthony, these new Fox Sports Detroit MLB ones will focus on “running commentary and conversation” instead. Here’s more on that from Bill Shea of Crain’s Detroit Business:

The Southfield-based regional sports network, which has the broadcast rights to Tigers games, said this week that it will have 17 “Players Only” telecasts in which former players offer running commentary and conversation during a game rather than traditional play-by-play. It’s basically one long color commentary from several ex-players.

…Ex-Tigers and FSD regulars Jack Morris, Kirk Gibson, Craig Monroe and Dan Petry will be the core lineup for the “Players Only” games. That means no Matt Shepard, in his first season in the booth replacing Mario Impemba, doing play-by-play, and no non-player sideline reporters. Shepard and others will still be a part of pregame content, the network said.

Fox Sports Detroit also put out a release on this recently, announcing that they’d also use a “video call center” to bring in former Tigers from all over the world:

“Fans are going to love listening to this conversation,” said Greg Hammaren, senior vice president and general manager of FOX Sports Detroit. “Great baseball minds talking among themselves, about the Tigers, is a cool concept. I know the guys are fired up to share their thoughts and stories. This is going to be must-see TV for every Tigers fan.”

Special guests will join the broadcast through the Video Call Center (VCC).

“With this technology, we can check in with guys from all over the world and we plan to do just that,” said Gibson, who used the VCC during the 2018 Opening Day broadcast from Los Angeles.

The VCC enables broadcasts to leverage the world’s billions of smartphones to enhance their coverage, with two-way video calls from any location, using any device. FOX Sports Detroit will be utilizing these patented technologies and services to bring in acclaimed former players, who will engage in rapid back-and-forth dialogue and even play-by-play commentary, enabled by VCC’s hyper-low-latency-return video feed.

“These broadcasts are going to be a lot of fun,” said Monroe, who played for the Tigers from 2002-07. “We’ll have a chance to share even more analysis and stories from our playing days. Viewers will truly feel like they are watching the game with us and part of our team.”

The first broadcast of this concept took place Tuesday in the Tigers’ 8-2 loss to the Cleveland Indians. Here’s what some of it looked like:

Welcome to our first Players Only Broadcast! Our man @JohnKeatingFSD gives you the breakdown on what to expect when the fellas take over. #LetsHearFromTheGuys pic.twitter.com/Yh3h7sWBcF

Now for something completely different! Hey there, Big Wheel! Lance Parrish joins our #PlayersOnly broadcast to chat with his former teammates. #RoarOf84 pic.twitter.com/ncOorhDAjS

However, there were plenty of fans who weren’t so thrilled with this change:

OMG. Get all those windbags OUT of the TV booth. They all try to out brag the other one. I can't take this.

The Tigers players only broadcast has been trash. Fox Sports Detroit seriously needs to get it together.

Is that what happened? I was too busy listening to Gibson and Parrish, on Fox Sports Detroit, talk about how Sparky used to line up sunflower seeds in the dugout during their World Series Run.

Of course, it’s possible to find critics of everything that airs on TV, so a few Twitter criticisms alone won’t necessarily make the network change course. And having a “core lineup” of people (Morris, Gibson, Monroe and Petry) who were already on these broadcasts anyway provides at least a little continuity to the traditional broadcast. But abandoning traditional play-by-play for conversation carries a lot of potential for blowback, as the one tweet above shows, and it’s notable that even the floating of a similar idea for WEEI’s Boston Red Sox radio broadcasts drew a ton of backlash and even a denial from the station. We’ll see how this goes for Fox Sports Detroit this year. Hopefully none of the players involved will get in fights in the booth.