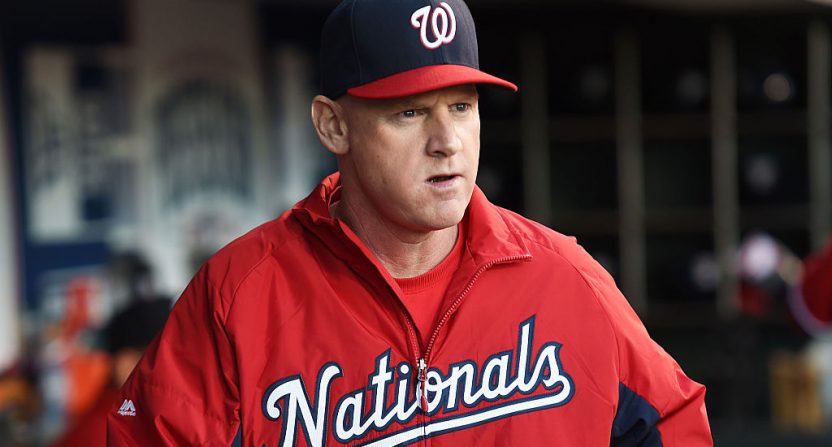 Former San Francsico Giants third baseman Matt Williams will be heading back to the Bay Area this season. After spending almost two decades in the Arizona Diamondbacks organization as well as managing the Washington Nationals, Williams will spend this season as a studio analyst for Giants games on NBC Sports Bay Area. He’ll join in time for the regular season.

Williams says he’s looking forward to being on television this season:

“I love coaching and managing, but I also enjoy talking about the game and experiencing the game from that angle, which is a lot of fun. I really enjoy it. You get to talk about the intricacies of the game.”

As NBC rebrands its Bay Area regional sports networks, it’s in hiring mode for its baseball teams. Just yesterday, it announced it was bringing in Jose Canseco, Dave Stewart and Dallas Braden to be part of its Oakland A’s studio shows, and now Williams has been announced as part of a new one-hour Giants pregame show.

Williams does have media experience having been a TV and radio analyst for the Diamondbacks.

As a player, Williams was with the Giants, Cleveland Indians and Diamondbacks. It was with Arizona where he was part of the 2001 World Series championship.

In a sense, Williams has come full circle to the Giants where his playing career began.