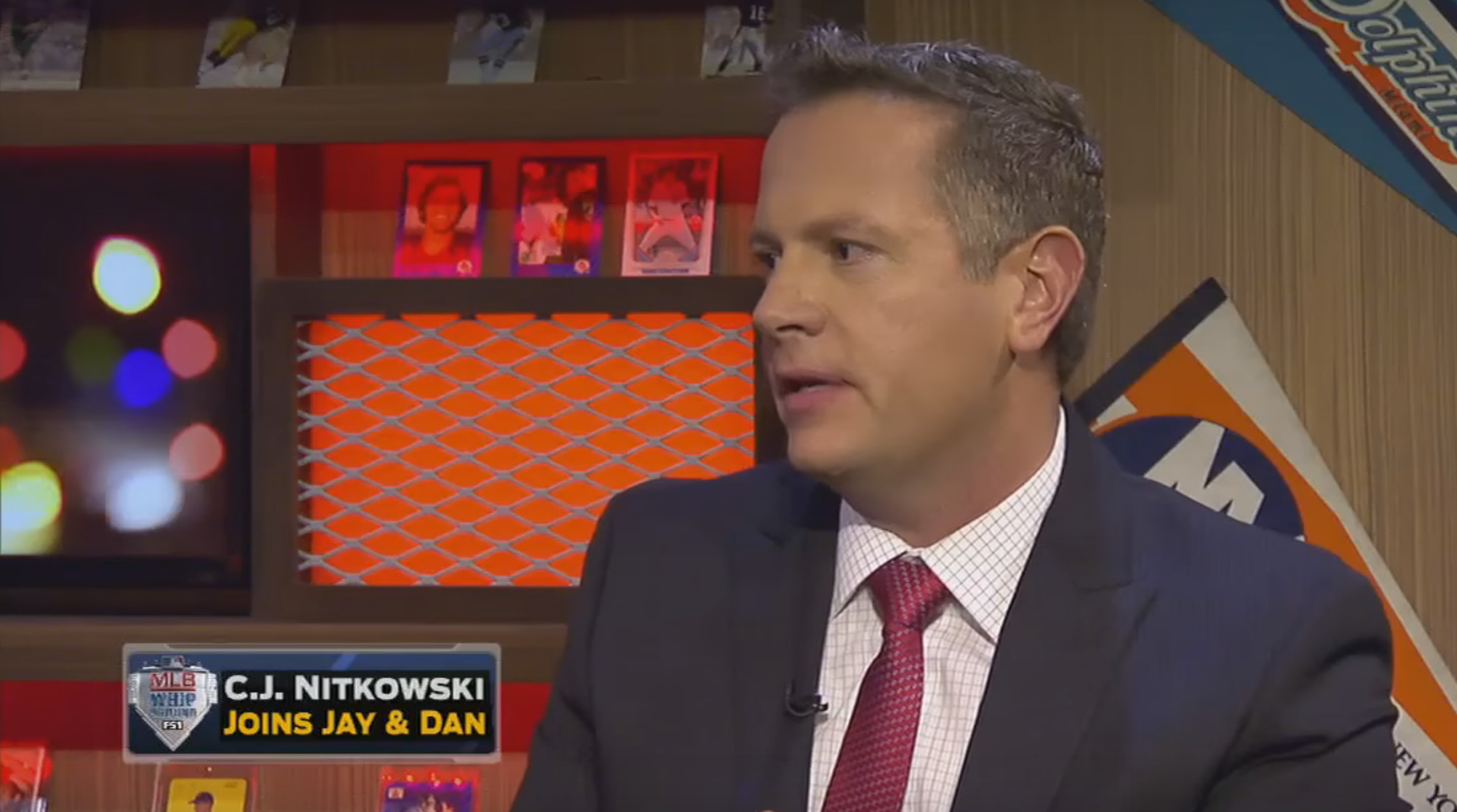 If you’re a sports fan who likes old-school, boys-will-be-boys, anti-PC commentary, we’ve got some bad news for you: C.J. Nitkowski is leaving FS1.

Nitkowski, who was FS1’s go-to for insensitive opinions tangentially related to baseball, has taken a job as an analyst on Texas Rangers games for Fox Sports Southwest, he announced Friday on his website. Nitkowski says he will still call some games for FS1 but will give up most of the studio work he became known for.

I am extremely grateful to the executives at FS1 for being open to making adjustments to my current contract so that I could pursue this position with the Rangers. They have been overwhelmingly supportive of me in my time there. I am also incredibly humbled that the Rangers see me as a guy that could help them continue to bring great baseball on television to the team’s fans. I now get the best of both worlds, local TV in a great market and national games on the network that knows how to best bring them to you the viewer.

And because no one can do anything these days without a melodramatic video to accompany it, Nitkowski produced this light-hearted-but-still-a-little-self-aggrandizing video of his “decision.”

Nitkowski, who pitched parts of 10 seasons in the Major Leagues before being hired at Fox, has incited ire for trolling statheads, deriding “soft PC nonsense,” telling people who don’t like hazing that “sports are not for you,” criticizing a woman texting during a game and defending Jonathan Papelbon for attacking his teammate.

When you search for Nitkowski on Youtube, the first hit is called “CJ Nitkowski on A-Rod, Pete Rose and Why He Hates Millenials.” (Nitkowski clarifies in the clip that, “I don’t hate millennials. The bulk of them I don’t love, the lazy ones,” then says something about participation trophies.)

Before Nitkowski decided to become the Clay Travis of baseball, he was a pretty good analyst, so maybe he’ll thrive in the booth, where he’ll presumably talk more about baseball games than anything else.