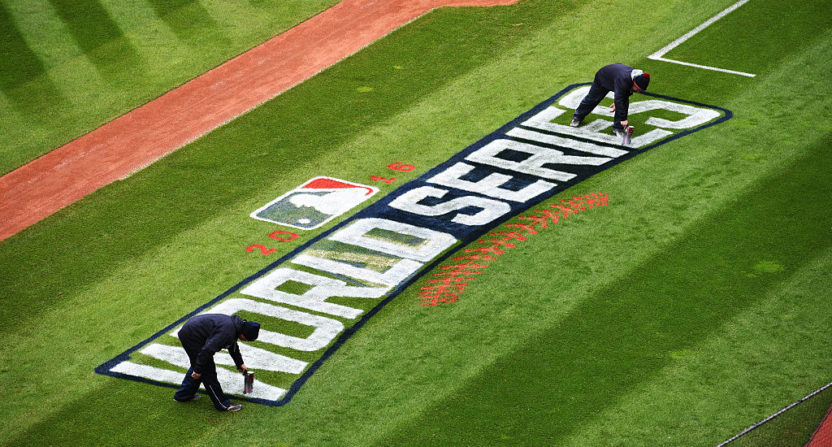 How does, “World Series 2017, presented by YouTube TV” sound to you?

According to Sports Business Journal, the first ever presenting sponsor of the World Series won’t be a car, beer, or erectile dysfunction pill brand. It will instead be YouTube’s recently expanded digital pay service with its name on baseball’s biggest event.

Per SBJ, YouTube TV will generate content around the World Series and will air ads all over the Fox broadcasts.

The sponsorship, which lasts through the postseason, includes six-second ads on Fox’ broadcasts during the Fall Classic, along with traditional ad inventory on Fox, a presence on MLB Network and MLB-controlled digital and social media. In-stadium elements include virtual signage and a logo lockup that will appear throughout the World Series ballparks.

YouTube and Major League Baseball presumably both see something to gain from this partnership. MLB gets to capitalize on YouTube’s youthful user base, while YouTube can raise some brand awareness for its new service among the people who can actually afford to pay for a digital streaming platform.

It is a bit surprising, however, that Fox would support this arrangement, given that its parent company owns 30 percent of Hulu, a direct competitor of YouTube TV. Then again, YouTube TV has a distribution deal with Fox and currently carries Fox, FS1, FS2, and Big Ten Network.

According to SBJ, this will be the first time every round of the MLB postseason has a presenting sponsor, with T-Mobile claiming the NLDS, South Korean conglomerate Doosan getting the ALDS, and Camping World taking both the ALCS and NLCS.