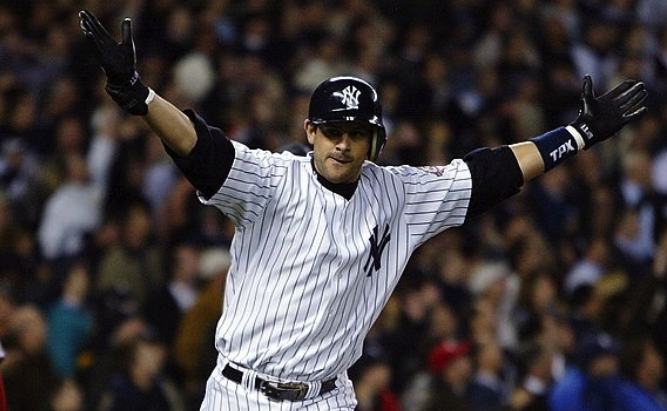 ESPN baseball analyst Aaron Boone is indeed a candidate for the New York Yankees’ managerial opening. One week after ESPN’s Buster Olney reported that Boone was being considered for the position, the former Yankees third baseman interviewed for the team’s manager job.

(Olney is very connected in covering the Yankees, but what are the chances Boone was his source on this report?)

With MLB naming its regular-season award winners this past week, who the Yankees will name as their next manager is arguably the most intriguing story in baseball before the free agent shopping season really begins. The Yankees job is the lone managerial opening remaining in MLB and general manager Brian Cashman has moved slowly in replacing Joe Girardi, who was dismissed after his contract expired following the season.

The big knock against Boone, 44, is his lack of managerial or coaching experience. He has worked for ESPN since 2010, joining the network after he retired in 2009. Currently, Boone is a color analyst for “Sunday Night Baseball” and also makes in-studio contributions on “Baseball Tonight.”

However, Boone points to his 12-year playing career in addition to growing up in baseball as providing plenty of experience. His grandfather (Ray) and brother (Bret) each played in the major leagues and his father both played and managed in MLB. Bob Boone managed three seasons each for the Kansas City Royals and Cincinnati Reds.

“It’s certainly fair to question, I guess, my experience in actually doing the job,” Boone said to reporters during a conference call, via the New York Post‘s Dan Martin. “But I would say, in a way, I’ve been preparing for this job the last 44 years.”

Another reason the Yankees’ search has been intriguing is because Cashman doesn’t appear to be interested in hiring a bigger, more established manager that would appear to be a suitable replacement for Girardi. The likes of Ron Gardenhire, John Farrell and Dusty Baker haven’t been under consideration. Cashman has said he wants someone who’s a good communicator with players and all indications point toward wanting a field manager who’s an extension of the front office, which has become more the norm throughout MLB.

In addition to Boone, Yankees bench coach Rob Thomson, Giants bench coach Hensley Meulens, Eric Wedge (currently an advisor with the Blue Jays) and Dodgers third base coach Chris Woodward have interviewed with the Yankees for the manager job.

With his inexperience in managing and coaching, in addition to what he’s learned by covering teams as an analyst, Boone would presumably be more amenable to following the dictates of the front office in using analytics to determine the lineup, pitching changes, matchups and so forth throughout a ballgame.

Boone is best known for his 11th-inning walkoff home run in Game 7 of the 2003 American League Championship Series that gave the Yankees a victory over the Boston Red Sox. (He also suffered a serious knee injury during the following offseason, which prompted the Yankees to trade for Alex Rodriguez.) That gives him a particularly special place in Yankees history, but it’s obviously not a factor with the front office, nor likely with fans.

Though Boone admitted that he’s been feeling an itch to get back into uniform recently, Cashman reached out to him and asked if he’d like to interview for the job. With a young core including Aaron Judge, Luis Severino, and Gary Sanchez, a team that reached Game 7 of this year’s American League Championship Series and an ownership that consistently compiles one of the highest payrolls in MLB, Boone certainly wouldn’t get a better opportunity if he’s interested in managing.

With his ESPN work, Boone has also demonstrated that he’s learned from watching previous Yankees managers.