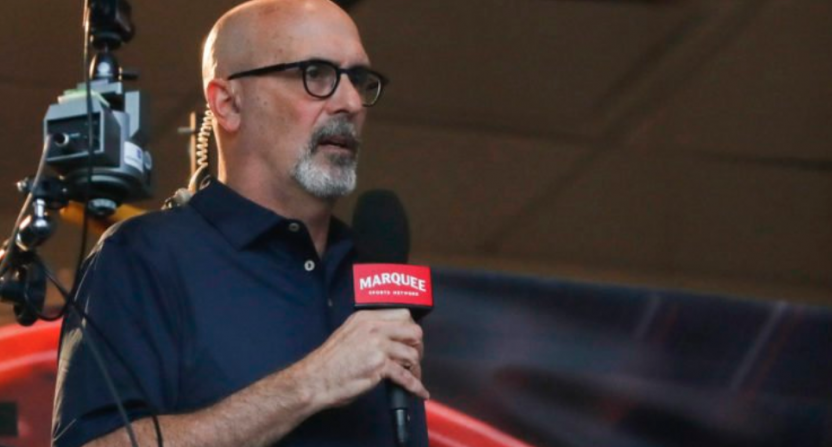 As Major League Baseball teams prepare to report for “Spring Training 2.0” this week (other name suggestions include “Summer Training” and “Training Camp”), club broadcasters are planning to call games in empty ballparks and remote studios this season.

Here at Awful Announcing, we’ve previously covered baseball announcers including Matt Vasgersian and Bob Uecker, and broadcasters throughout team sports preparing to work in environments with no fans and atmosphere in the arena or removed from the action entirely in studios.

Chicago Cubs game analyst Jim Deshaies spoke to FanGraphs’ David Laurila about how he expects his job to be different this season while also hoping that he and play-by-play announcer Len Kasper broadcast all 60 regular-season telecasts for the new Marquee Sports Network from their Wrigley Field booth.

“It’s going to be kind of surreal, and weird,” said Deshaies, who is heading into his eighth season in Chicago after 16 in Houston. “I’ve never done [games remotely], but our tech people, producers, and directors are all really good. One thing they’ll need to make sure of is that we have monitors, and camera shots that will give us a live view. We’ll want to be able to see who is walking into the on-deck circle, who is warming up in the bullpen, and things like that.”

Deshaies went on to explain that his work shouldn’t change much despite the lack of atmosphere at the ballpark or a remote experience because his analysis is largely dependent on watching the game through a monitor anyway.

“For me, it’s already pretty heavy monitor,” said Deshaies. “Especially on TV. When you’re on radio, it’s a different animal. On television, you want to make sure you’re seeing what the people watching at home are seeing. For me, it all begins with the pitch. I want to be focusing on the monitor as the pitch is being delivered, so that I can say, ‘He missed his spot,’ or ‘That was a hanging slider.’ A play-by-play guy is typically going to be more field-focused, while as an analysts I’m probably 80/20 monitor.”

That’s an intriguing bit of insight into what broadcasters are utilizing during a game and how important (or unimportant) it is to be on-site during a telecast.

Yet Deshaies is quick to point out that the people he regularly encounters at road ballparks are a treasured part of the experience. And like most of his colleagues, he also laments not being able to go down to the clubhouse and talk to players before the game, a valuable part of gathering information for a broadcast.

The 2020 MLB season will be a unique experience for everyone involved. Whether that ends up carrying over in any way to 2021 remains to be seen.