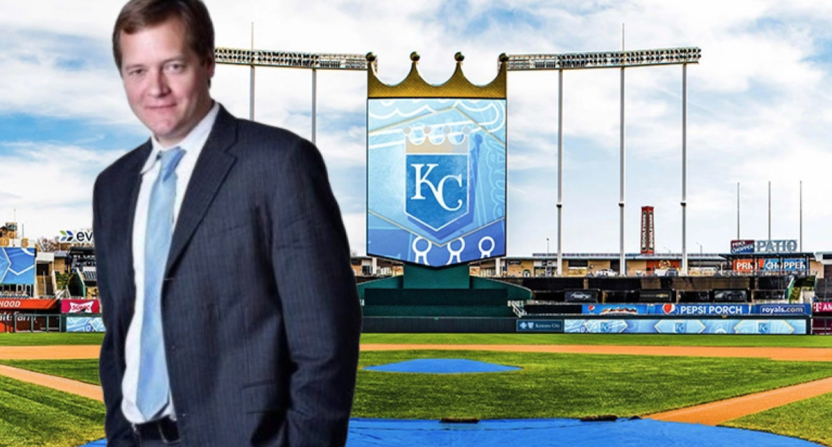 Sports media and journalism has lost another one, folks. Not in a fatal sense, but in terms of career change.

Longtime columnist Sam Mellinger announced on Tuesday that he’s leaving the Kansas City Star after 20-plus years to join the Kansas City Royals as vice president of communications. He’s the latest to leave the grind of everyday sports journalism, especially at the newspaper level, to work for a professional sports team or college athletic department.

This is the only writing job I ever really wanted. I could've done it 100 more years if they'd have let me. But getting to work with everyone at the Royals in this new role is an opportunity I never could have imagined.

But quite a few of Mellinger’s colleagues in sports media have left (or were pushed out from) the industry in recent years, perhaps seeking a bit of normalcy and regular daily routine instead of the deadlines, late nights, hectic travel, and always on-call nature of a reporter or columnist.

Many fans would point out that their jobs and daily lives are more grueling than the life of a sportswriter, and it’s true that there are much more demanding professions. But plenty of people in media would tell you of missed family time, holidays, recitals, etc. that resulted from working at times when many are done for the day.

Those who have made the jump to “the other side” include Adam Rubin (who went from ESPN.com to assistant athletic director positions with the New York Institute of Technology, then Stony Brook University), Sam Smith (leaving the Chicago Tribune for the Chicago Bulls), Keith Langlois (joining the Detroit Pistons after leaving the Oakland Press), among many, many others. Not to mention several who left baseball writing and analysis to join teams, such as Kevin Goldstein and Dave Cameron.

So proud of my friend @mellinger, who is stepping in for the legendary @Swanee54 as VP Communications for the @Royals. I’ll never forgive him for getting the 2015 World Series and @PatrickMahomes after I left KC, but I’m so happy for him. https://t.co/6H4wNykaX1

Mellinger will take over for Mike Swanson, who had been the Royals’ vice president of communications since 2006 and retired after the 2021 season with 43 years in Major League Baseball. As he explained, taking such a job never occurred to him until Royals president of baseball operations Dayton Moore approached him with an offer.

“I’ve also known Dayton for 15 years. We’ve had hundreds of conversations touching on hundreds of topics. I haven’t met anyone in this job I respect more. The Royals’ front office, coaching staff and clubhouse are full of good people. For more than a decade I’ve seen up close how this franchise operates, and how the people there treat each other and support each other, even in the dark. Being part of that will be an honor.”

Mellinger joined the Star in 2000 from the Lawrence Journal-World after graduating from the University of Kansas. He initially covered high school sports, paying the dues that so many sportswriters have, before moving to the Royals beat and covering MLB nationally.

What Kansas City loses in Sam Mellinger’s words it will gain in the many great things he’s bound to do with the Royals. Excellence in his new job requires humanity and empathy, and Sam’s cup runneth over with both. https://t.co/f6R77uHEDV

I love Sam Mellinger. I will miss reading him. The Royals are lucky to have him. https://t.co/KXDXcwHL9R

Hey Sam! As much as I'll miss reading your consistently fantastic work, I couldn't be more excited for you to take this next path in your career.

It takes a legend to succeed a legend. And that's what happened here. Right, @Swanee54?

Then he stepped into the sports columnist role previously occupied by renowned writers such as Joe Posnanski and Jason Whitlock, continuing coverage from what’s been a powerhouse sports department over the years. He got to cover some of Kansas City’s best sports moments, including a Royals World Series title and Chiefs Super Bowl championship.

Along the way, he’s bonded with the community through social media and video, in addition to his columns, becoming recognizable and accessible to fans and readers. And as you can see throughout the post, he gained the respect and admiration of his peers throughout the industry.

.@mellinger is one of the best of a dying breed: the newspaper sports columnist who masters his city’s feelings across all sports. The Royals’ gain is journalism’s loss. Best to Sam! (Now, can you get me Dayton Moore on the phone please?) https://t.co/UpoGJ2u9uo

@mellinger Sam I worry about journalism but I know you will do a good job for the Royals. You are a professional and your heart is in the right place. Best of luck. I will ask you for something soon I promise.

Though Mellinger will surely thrive in his new role, and the Royals will benefit, he’s just the kind of person a city and sports fandom should want in their local columnist. Mellinger could be tough, thoughtful, funny, and fair in his coverage. And he was always one with the community, not someone who came from somewhere else.

It’s a loss for the Kansas City sports scene and a reminder of what was previously a vital part of a local newspaper, but is sadly losing importance and resonance. Hopefully, we’ll still be entertained by Mellinger’s work in the years to come.