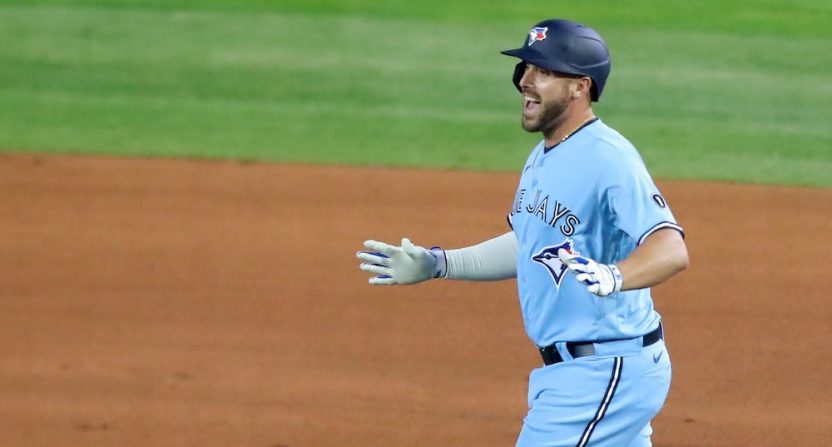 The Jays had already played 14 games on the road while the team and MLB tried to find a last-minute home ballpark after COVID-19 restrictions by the Canadian government prevented games from being played in Toronto. Attempts to make Pittsburgh’s PNC Park and Baltimore’s Camden Yards their temporary home fell through, leaving the most obvious solution (approximately 100 miles away) in Buffalo as the eventual choice.

Yet Buffalo sports fans excited about hosting an MLB team, even if for just a season, will soon find that they won’t be able to watch every game their adopted club plays if they subscribe to the MLB.TV streaming service. Awful Announcing’s Joe Lucia wrote about MLB’s stifling TV blackout rules earlier this year, highlighting the markets that were most affected by these restrictions. And one of them was Buffalo.

If you’re not familiar with the situation, here’s a map of which regions are affected by MLB’s blackout rules, intended to protect teams’ individual local broadcast rights: 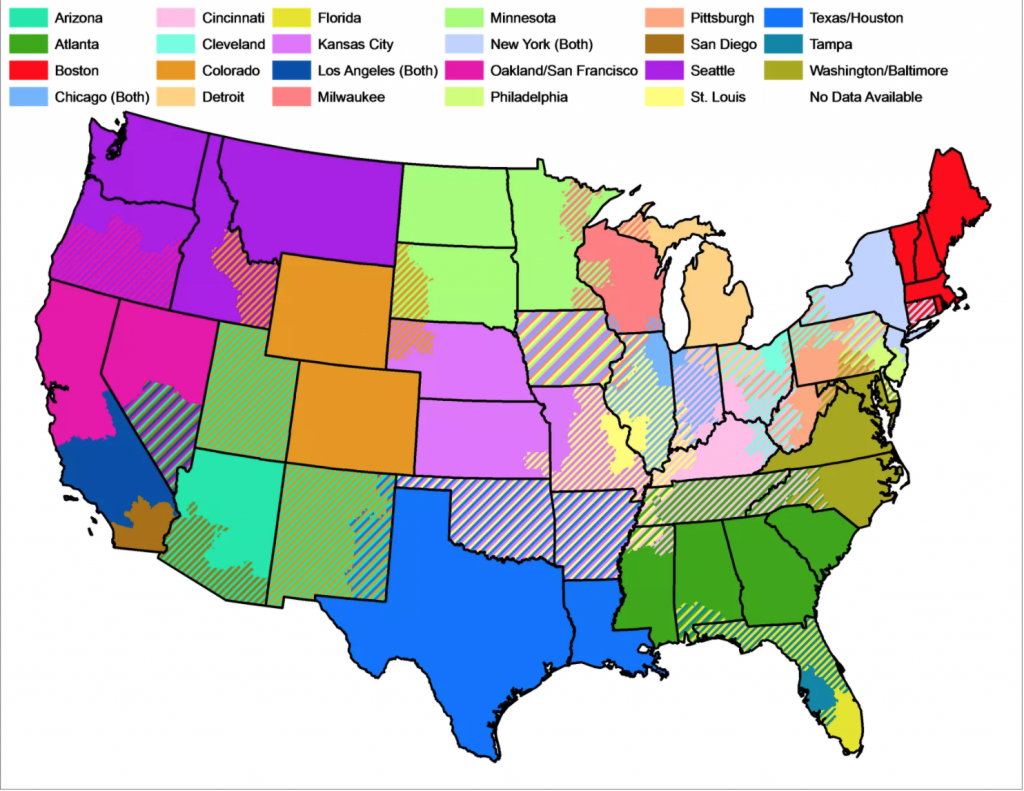 Broadcasts from four teams are blacked out by MLB.TV in the Buffalo area: the New York Yankees, New York Mets, Cleveland Indians, and Pittsburgh Pirates. The Wall Street Journal‘s Jared Diamond also noted this in his feature on baseball returning to Buffalo and no fans being able to see the Blue Jays in person because of COVID-19 restrictions.

One thing I learned in reporting this story: The Yankees, Mets, Pirates and Indians are all blacked out on https://t.co/2RbroRIBhh in Buffalo.

The Blue Jays, who usually play about 90 minutes away, are not. That is still the case this season, even with the team playing there. https://t.co/WoHKPljMTQ

MLB’s blackout rules won’t affect Buffalo viewers until September. But beginning with a three-game series versus the Yankees on Sept. 7, Buffalo fans won’t be able to watch their team on MLB.TV for 13 of 17 games. (The one exception will be a four-game series against the Philadelphia Phillies that includes one makeup game from a postponement on Aug. 2.)

Ten of those games will be against the Yankees, the Blue Jays’ AL East division rival. The other three involve the Mets, a NL East team matched up against the AL East this season.

Buffalo fans can watch the Yankees and Mets on cable, so they won’t be entirely restricted from watching the Blue Jays. But those who cut the cord from cable or satellite service aren’t so fortunate.

Fortunately, the Blue Jays don’t play the Indians or Pirates during the shortened 2020 MLB season. To limit travel, teams are only playing within their geographical region. Out of their division, AL East will only play NL East teams. But any Buffalo fans taking a greater interest in watching baseball this year because of the Blue Jays playing in their city won’t be able to watch four teams whose home markets are at least 200 miles away.

Toronto fans should be able to sympathize. Canadian viewers aren’t able to watch the Blue Jays on MLB.TV and have to subscribe to Sportsnet NOW to watch their team.