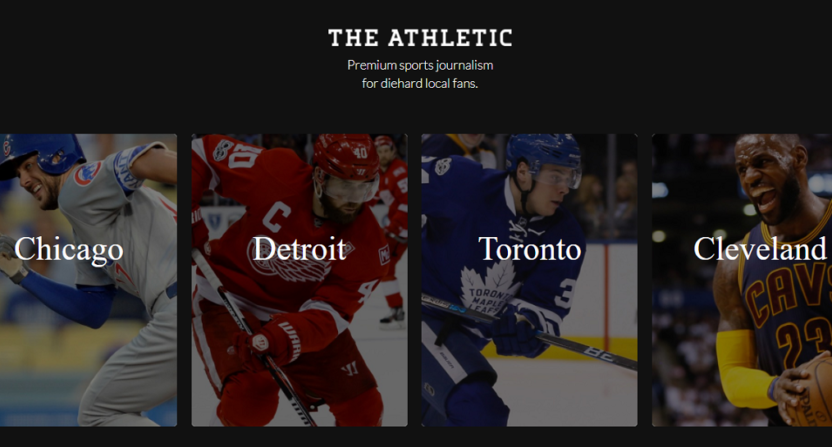 The Athletic seems to be starting 2018 the same way it spent 2017: by poaching big-name sportswriters for their ever-expanding empire of sites.

On Thursday, former NBC Sports Chicago reporter Dan Hayes announced he was joining the Athletic as a Twins beat reporter, and Deadspin now reports that Newsday’s Marc Carig, the Los Angeles Times‘ Pedro Moura, the Cincinnati Enquirer’s Trent Rosecrans, and the Philadelphia Inquirer’s Matt Gelb have all been hired at the site as well.

Per Deadspin, Carig will cover the Yankees, Moura the Angels and Dodgers, Rosecrans the Reds, and Gelb the Phillies. With these five hires, The Athletic will have beat writers for nearly half of the 30 Major League Baseball teams, in addition to national writers Ken Rosenthal, Jim Bowden, and Peter Gammons.

Carig, Moura, Rosencrans, and Gelb have not confirmed their hirings, but the former three do not appear to have had bylines in recent weeks, and the Enquirer has already posted a listing for a Reds beat reporter.

Essentially since its founding in 2016, The Athletic has pursued writers with established audiences who might pay to continue reading them. These hires fit that trend, while also perhaps evoking found Alex Mather’s infamous comments about wanting to “wait every local paper out and let them continuously bleed until we are the last ones standing.”

Intentions aside, The Athletic’s continued willingness to hire them remains a boon to the industry at a time when many publications are laying off writers. The site has created jobs for dozens of great reporters, which in turn opens up spots lower on the totem pole and gives writers leverage to negotiate better salaries. More jobs help everyone.

And yes, there is something slightly scary about so much talent concentrated at a relatively young publication that, as far as we know, is not currently profitable. If The Athletic were to lose funding, or (gasp!) pivot to video or something, a lot of jobs could disappear. But site must make a pretty convincing case for its long-term prospects, or else all these accomplished writers probably wouldn’t be jumping from cushy jobs at major publications.