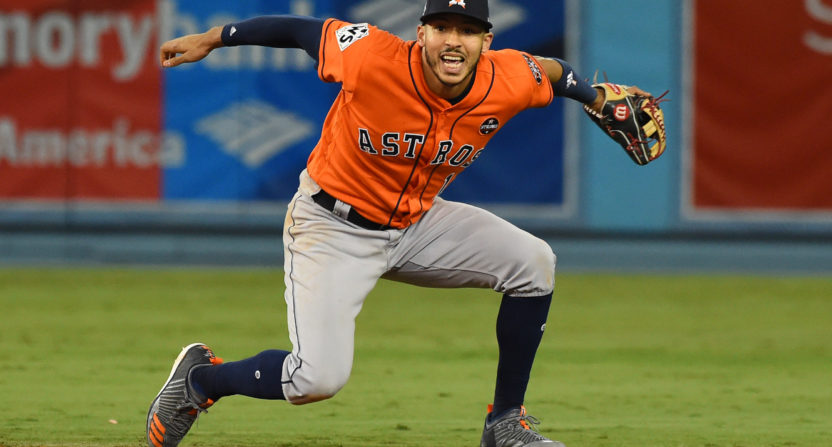 Stop us if you’ve heard this before: The Athletic is expanding.

Just weeks after announcing three more local hubs (in New York, Cincinnati and Dallas) for its ever-expanding constellation of sites, the digital media company on Monday revealed plans for baseball-only coverage in Houston, Los Angeles, San Diego and Arizona, along with baseball operations in St. Louis and Pittsburgh, cities where the company already covers hockey.

With this expanded coverage comes a slew of new hires. Here are the ones that we know about:

The Athletic has not announced who will cover the Diamondbacks.

Once a Diamondbacks writer is announced, The Athletic will have beat reporters for 20 of baseball’s 30 teams, while also employing several big-name national baseball reporters, in Ken Rosenthal, Jim Bowden and Peter Gammons. And given that the Athletic MLB Twitter account is promising “even more announcements to come,” it sounds as if that impressive roster will continue to grow.

The Athletic’s embrace of baseball coverage mirrors its heavy investment in hockey reporting last year. The site now offers full coverage on about 18 of the NHL’s 30 teams, while devoting substantially less attention (for now) to the NFL and NBA.

With The Athletic’s most recent expansion, local newspapers are left with vacancies on their baseball beats. The Union-Tribune announced Saturday that columnist Kevin Acee will assume Lin’s role on the Padres beat, while the Pittsburgh Review-Tribune, Philadelphia Inquirer and Newsday are among the papers to post beat-writer listings in recent weeks.

As long as The Athletic keeps reaping venture-capitalist funding, its perpetual growth looks like great news for sports media, with new gigs for established writers opening opportunities for others. And if The Athletic’s subscription-based model doesn’t work out long-term… well, let’s hope that doesn’t happen.

UPDATE: Another one. Deadspin’s Lindsey Adler, who actually reported five of The Athletic’s new hires last month, says she will also join the site, to help cover the Mets and Yankees.

I, too, am joining The Athletic. I'll be covering the Mets and Yankees with @MarcCarig and @TimBritton starting next week. It'll be my first time on a beat, so I'm really nervous, but certainly pretty excited.