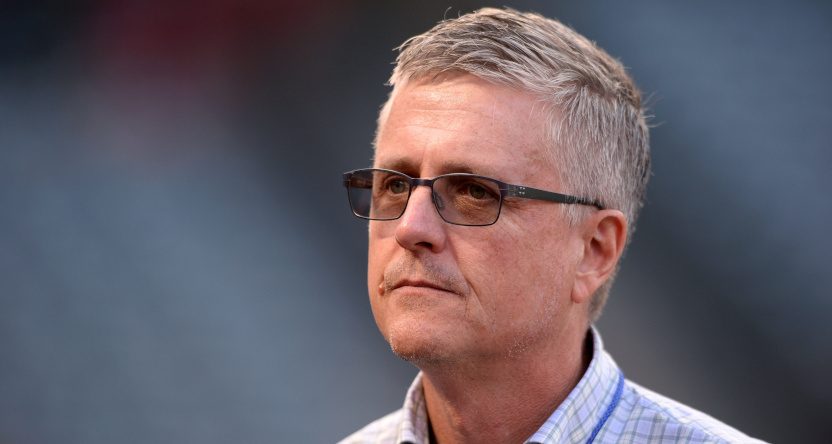 While the Houston Astros fired assistant general manager Brandon Taubman Thursday over repeatedly yelling “Thank God we got Osuna! I’m so fucking glad we got Osuna!” at female reporters and then lying about the circumstances of those remarks, there’s still a lot of fallout developing from the way the team responded to the initial reporting of Taubman’s remarks from Stephanie Apstein of Sports Illustrated. The team’s initial statement Monday night (two days after the incident, and shortly after Apstein’s piece came out) called SI’s story “misleading and extremely irresponsible” and said “We are extremely disappointed in Sports Illustrated’s attempt to fabricate a story where one does not exist,” but it was quickly disproved by testimony from other reporters and eyewitnesses.

The Astros didn’t apologize to Apstein or SI until their statement Thursday on Taubman’s firing, and that apology was still somewhat limited. And general manager Jeff Luhnow (who had previously put out comments including “What we really don’t know is the intent behind the inappropriate comments he made. We may never know that…”) didn’t exactly make himself or the organization look great in his remarks on this to media Thursday evening. Here are some of his comments:

Astros GM Jeff Luhnow on initial statement about Taubman: “It was wrong, it was incorrect, it never should’ve been sent out.”

“It was an organizational decision…. we were wrong.” pic.twitter.com/vW2vRJIV6A

Astros GM Jeff Luhnow was asked whether he had personally reached out to @stephapstein to apologize.
Luhnow said he’s been busy and hasn’t had the time.

Stephanie was sitting in the room.

Astros GM Jeff Luhnow says Monday's statement "was wrong and we own it as an organization. Many people were involved in reviewing it."

Luhnow has made a big deal several times that the #Astros did NOT do an investigation into what occurred with Taubman. Just conversations. Yet from those conversations they decided to try to destroy a reporter’s career.

Luhnow said many people looked at the initial statement. MANY. What kind of culture is present that no one among MANY said let’s not do this? #Astros

Houston GM Jeff Luhnow contradicts the Astros' own statement issued from today, now saying there was no investigation by the organization.

Astros GM Jeff Luhnow: "We acted as quickly as we could."

Astros GM Jeff Luhnow reiterates his apology to Steph Apstein. Won’t say who wrote the original statement, says “many people” were involved in crafting statement. Has now twice said he won’t say who was involved.

Luhnow said initially they understood the reporters overheard one colleague was talking to another, and issued a statement accordingly. Later learned the words were directed at a reporter. Would not explain the decision to suggest the reporter had fabricated what she heard.

GM Jeff Luhnow declined to reveal who wrote the Astros initial statement on Brandon Taubman (https://t.co/SmXvdzzUq6). Luhnow said a lot of people saw it, including him. He was asked if there'd be further discipline in the organization for how they handled the situation. pic.twitter.com/UrI4M7XNSr

Behavior was “out of character” for Taubman, Luhnow said. “This is not a cultural issue. We have a lot of really good people in our front office, our coaching staff, and our team.”

A few notable points of fact here include that “many” people (including Luhnow himself) saw that initial statement accusing Apstein and SI of fabrication (one of the most serious accusations you can make against any media figure) before it was published and didn’t kill it, that the Astros based their initial reaction solely on comments from Taubman (who they now said lied to them) and other employees, and that it still took three days for the team to apologize to Apstein and SI (despite other reporting refuting their claims almost immediately). And while Taubman may now be gone, the team’s response here still deserves a lot of scrutiny.

Even after Luhnow’s news conference, the Astros still haven’t explained why they came up with the idea to go after a news outlet and a reporter for fabrication without even talking to anyone outside their own organization. And they haven’t explained why it took so long for them to change course and apologize after they were very publicly proved wrong by multiple reporters from other media organizations. And Luhnow (seen above in Sept. 2019) himself hasn’t explained why he saw that statement before publication and allowed it to go out. And even the lack of personal apologies to the reporters involved is rather stunning, especially given the three-day timeframe here. Taubman’s dismissal ends one part of this story, but there are still plenty of questions for the Astros’ organization. And so far, they’re not doing a very good job of handling those.