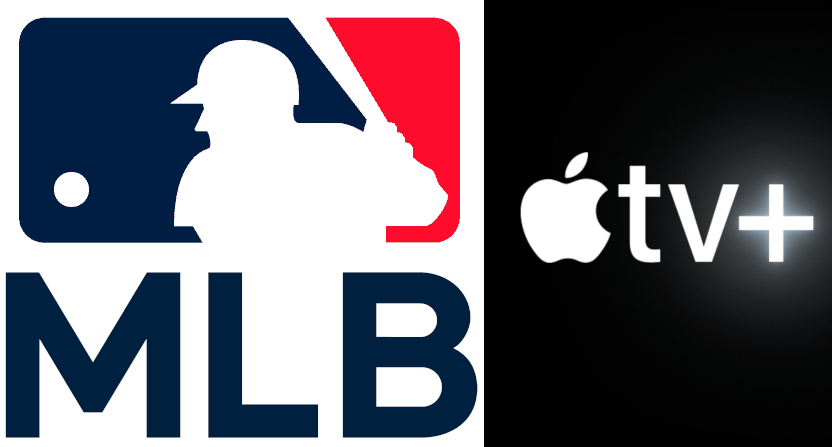 For more than a decade, owners of live sports rights (teams and/or leagues) have talked up the idea of technology giants getting involved in buying those rights. This makes obvious sense for the owners of those rights, as that leads to more competition (and potentially to bidding wars), but the tech companies’ own response to that has been pretty limited to date. The most major deal so far is Amazon’s soon-to-be-exclusive Thursday Night Football package (building on a non-exclusive alternate package before that), and the likes of Google (through YouTube), Facebook, and Yahoo have also picked up some limited packages of games in different sports. But to this point at least, the idea of technology companies strongly bidding for hotly-coveted linear rights has not really happened. And that particularly hasn’t happened with Apple, which everyone (but especially the Pac-12) has tried to court without a lot of success so far; Apple has taken dives into sports content with Ted Lasso, the Greatness Code documentaries and more, but they have not really gone for live rights.

While we’re still nowhere near the point of tech companies strongly bidding for highly-desirable rights, there is potentially some movement on Apple going for rights of some kind. As per Andrew Marchand of The New York Post, Apple has had “substantial” talks with Major League Baseball about carrying a package of MLB games. And if that does actually wind up leading to a deal, that would be quite significant as Apple’s major entry into live sports.

Exactly what that package would comprise is not yet spelled out. Marchand’s article says “The package MLB has been attempting to sell is weekday national games that ESPN recently relinquished,” which would be the Monday and Wednesday non-exclusive (also carried on the local regional sports networks) national broadcasts that used to appear on ESPN, but his piece also notes that “It is unclear at this point if Apple would be allowed to wall off these select games from regional sports network coverage or not.”

And it’s worth mentioning that Marchand’s piece doesn’t explicitly say it’s only the former ESPN midweek games that Apple is talking with MLB about. For example, last year also saw 21 YouTube-exclusive games (the third straight year of that partnership), but the amount of games on YouTube has fluctuated significantly year to year, and it’s not clear yet if MLB has a deal with YouTube for 2022 (and if so, how many games are included). It’s also notable that the long-discussed Sinclair/Bally Sports OTT RSN streaming app is now supposed to come this year, and that MLB on the league level has had various talks with Sinclair there. It’s at least possible that those talks could lead to some horse-trading, potentially strengthening this new package over what was previously seen on ESPN. (That could include discussions about exclusivity for the midweek package, or at least for part of it.) And strengthening this package would certainly make it more conceivable that Apple would get involved.

It’s also conceivable that even the former ESPN package might work out for Apple under the right terms. Namely, without an improved package, it would seem likely that these games would draw less money than ESPN used to pay for that part of the deal. There doesn’t seem to have been a whole lot of interest in the old ESPN package, and for good reason; with these games non-exclusive, most of the audience for them was watching on the RSNs instead. MLB did reportedly talk with Barstool Sports this summer, but that doesn’t appear to have led to much. So Apple might get this at a favorable price, and that price might be made even more favorable because it’s Apple; MLB certainly wouldn’t mind the prestige of having the first significant live rights on Apple TV+, and Apple is a reasonable and established partner for MLB to point fans towards as a streaming destination.

With that all said, though, as noted up top, there’s a long history of league-side people putting out that Apple’s considering their content. And there hasn’t been much of a history of that actually coming true from the Apple side. We’ll see if this report winds up breaking that streak, or if this is just another case of Apple’s name being dropped around live sports rights without them actually making a deal in the end.

[The New York Post; logos from Logos World and Apple.com]