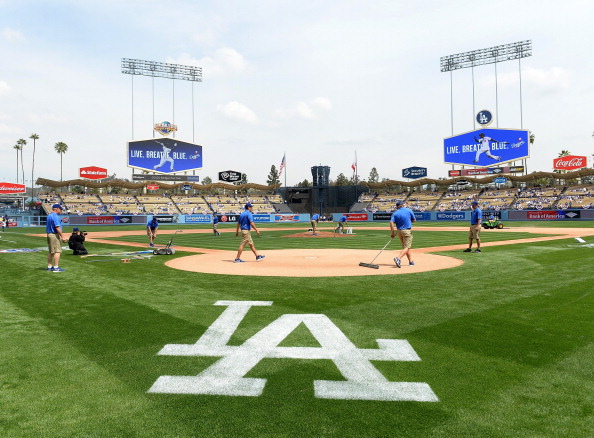 It’s getting tougher and tougher for Dodgers fans in Los Angeles to see their team play. An ongoing carriage standoff between SportsNet LA and many cable/satellite providers, namely DirecTV, has resulted in the majority of residents to not be able to watch the Dodgers on TV.

Reported by the LA Times, this is the fifth consecutive season that most providers in the Southern California area will not be showing Dodgers games. This is due to the Dodgers owned RSN SportsNet LA, who broadcast Dodger games, sold the channel’s marketing rights to Time Warner Cable, now Spectrum, for $8.35 billion over 25 years. So Spectrum can broadcast games and then it’s more on them if they want to sell those rights, or more accurately distribute the channel that has the games, onto anyone else.

Everyone is currently at a stalemate. Charter Communications, Spectrum’s parent company, are in control of the channel that show Dodger games and can determine where the channel goes. They are in the catbird’s seat because if they are the only ones with the channel who shows Dodger games, that is a marketing tool to get people in the Southern California area to sign up for Spectrum. And if someone like DirecTV wants the rights to show Dodger games, they’ll need to pay more than market value because Charter loses out on the exclusivity and marketing power they currently have.

And as a means of trying to grease the wheels on negotiations, SportsNet LA is going to simulcast five games in March and April onto local CW affiliate KTLA. Three Giants games on March 30, April 7 and 28 as well as the April 13 Diamondbacks game and April 21 Nationals game is set to be shown on Channel 5. This was attempted last year as a 10-game pack which was shown on KTLA in April and May. And when that didn’t spark negotiation, six more games were simulcast toward the end of the season.

With the situation that Charter isn’t motivated to sell unless someone overpays while DirecTV isn’t feeling the subscriber dissatisfaction to be motivated to pay for SportsNet LA, expect this standoff to keep going. And if you’re a Dodgers fan who doesn’t have Spectrum, you may want to make plans of how you’re going to watch games, just like the previous four years.