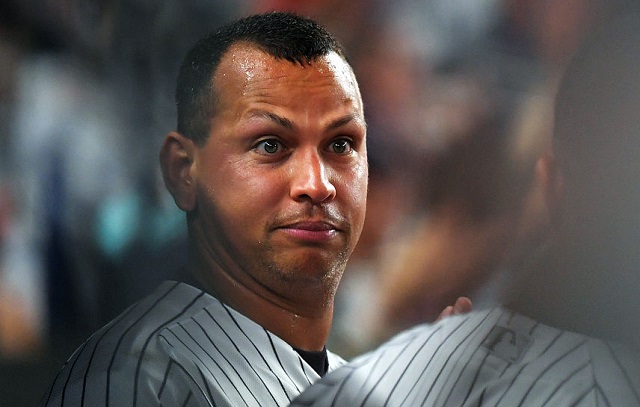 When his playing career was over he transformed his competitive nature into the world of business and investing. He’s gotten involved in podcasts, esports, real estate, sports and wellness, and many other sectors. He’s also still in the booth for ESPN as part of the (now) two-person Sunday Night Baseball booth, while also working as an analyst for Fox during playoff and World Series coverage.

It’s also no surprise that ARod is an aspiring Major League Baseball franchise owner. Rodriguez has expressed interest in team ownership for years and was reportedly approached to buy the Miami Marlins a few years back (but turned them down). That led to the news in April that ARod, along with wife Jennifer Lopez, was raising capital in an attempt to buy the New York Mets. That effort apparently fell short when Rodriguez couldn’t find investors willing to let him be the managing partner despite not having the highest percentage of ownership.

All the while, MLB has been at a standstill as the league, owners, and players try to figure out the best way forward during the Covid-19 pandemic. The owners have presented a potential solution that features an 82-game season beginning in July. The rub for players would be that the season’s pay would be tied to revenue sharing instead of their contracts and full salaries.

Tying player compensation to club revenues could cause a lot of problems for them when it comes time to negotiate a new collective bargaining agreement when the current one expires on Dec. 1, 2021. The players’ union is also annoyed that the league and owners are going back on their March agreement that promised players would receive a prorated portion of their 2020 salaries for games played. And if the league and owners are so quick to go back on that agreement, what else will they go back on in the near future?

While the players are expected to reject the proposal, some pro-owner voices have spoken up imploring players to “do the right thing” and accept the deal. You know, for love of the game, etc.

A recent episode of ESPN’s Get Up was a particularly egregious session in which Mike Greenberg and Mark Teixeira extolled the owners’ deal and minimized player concerns. As our Andrew Bucholtz put it, “it’s rather funny to see Greenberg and Teixeira, two people who have been quite enriched by agents’ attempts to get what their labor is “worth,” out here arguing that MLB players should just take whatever owners are proposing to them.”

The same can be said of Alex Rodriguez, who, for many, is the posterchild of enriching one’s self in order to get paid their true worth, and who is now trying to get players to agree to this deal out of a sense of duty to baseball fans.

It’s time for owners and players to step up to the plate … together.

This is a huge opportunity for the game of baseball to take a huge leap forward and show leadership. We are in unprecedented times. pic.twitter.com/F8iMqTVyby

“It is the people’s comfort food and people are starving. And I just don’t want to see this great game, people fighting, billionaires fighting with millionaires. This has nothing to do with the past. This has nothing to do with the strike. This is actually when the owners and players are aligned and we want the same thing. We want to save baseball. We want to play baseball.

“Players want to play. Fans want to watch. And at the end of the day, if you don’t play today, you don’t win tomorrow, because hopefully, we don’t have another situation like this. This is like beyond anything we’ve ever seen before. I just urge the players and owners to think collectively. If there’s $100 in the pie, like the NBA, players take $50, owners take $50. And we give it to the fans. We thank the fans of baseball.”

The first thought that pops into your head is, “would MLB player Alex Rodriguez’s agent allowed him to take this deal?” The answer is, of course, no. (In fact, Scott Boras, who was ARod’s agent when he signed his mega-contracts, has voiced his objection to the deal). And ARod certainly never let the game of baseball or concerns about fans stop him from getting his worth (nor should he have).

But it’s ARod’s interest in being an owner that likely drives his message on this issue. Along with buying an MLB franchise, you also need the other owners to approve the sale. And given his so-so history of steroid use and his still-revamping reputation, Rodriguez needs to remain on their good side if he hopes to eventually join their ranks one day soon.

The people defending the owners’ deal and pushing players to accept it “for love of the game” or whatever don’t really want to get into the safety concerns, potential threats to player families, stadium staff safety, or the multitude of other issues at play here.

Bear with me, but it feels like we've zoomed past the most important aspect of any MLB restart plan: health protections for players, families, staff, stadium workers and the workforce it would require to resume a season. Here are some things I'll be looking for in the proposal…

Most everyone wants to see Major League Baseball return soon, but it’s not as simple as the players doing “the right thing” and signing whatever contract is put in front of them. It’s a nuanced situation that needs to be handled with care, an abundance of concern, and a bit more long-term thinking than some people have the patience for. The owners and those whose financial futures are tied up in the need to play baseball are going to be more willing to push past those concerns in order to appease their bottom lines.

ARod falls into that camp in multiple ways, so while his message might sound good in theory, the devil is in the details for MLB players, their families, and for the fans who understand the big picture.