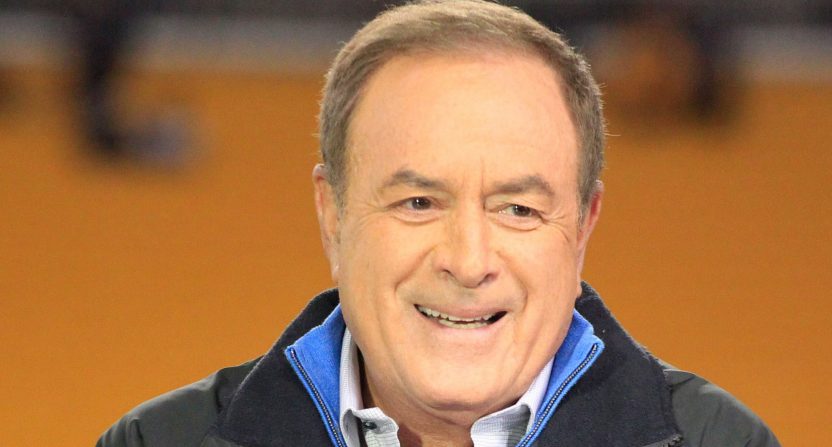 Al Michaels is the winner of the 2021 Ford C. Frick award, as voted on by the 15 person electorate of former winners and broadcast historians.

Michaels will be honored this summer at the Hall of Fame along with Hawk Harrelson, last year’s winner.

He’s known more these days as the voice of Sunday Night Football, but Michaels had a lengthy career in baseball. He was the local play by play broadcaster for the Reds and Giants in the 1970s, and called games nationally for both NBC and ABC. Over his career, he called seven World Series, including the 1989 series between the A’s and Giants that was interrupted by the Loma Prieta earthquake.

He also called Dave Henderson’s go-ahead home run for the Red Sox in Game 5 of the 1986 ALCS.

This is a well-deserved, yet still somewhat surprising (given the competition), honor for Michaels.